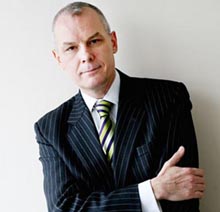 Barclays is to sponsor Stonewall’s 2013 series of Workplace Conferences. The conferences, in London, Manchester, Edinburgh and Cardiff promote good practice around sexual orientation in the workplace.

“We’re absolutely delighted, and very grateful to Barclays for their support and encouragement over so many years.”

“Barclays is firmly committed to good practice at work and we’re pleased to support Stonewall in this area, one in which they are in the forefront of thought leadership.”

Stonewall’s Diversity Champions programme – providing advice and support on recruitment, retention and customer engagement – now has 615 members. Companies include IBM and Herbert Smith Freehills from the private sector and the Royal Navy and MI5 in the public sector, who employ almost ten million people worldwide between them.

The programme is now the largest non-governmental intervention of its kind in the world.

Barclays, a long term support of the work of Stonewall disappointed many when they put pressure on Stonewall to withdraw the Bigot Of The Year category at last years Stonewall Equality Awards. Cardinal Keith O’Brien, the most senior cleric in the Catholic Church in England and Scotland, the recipient of the award resigned last week asking for forgiveness after admitting sexual misconduct with priests throughout his ministry.