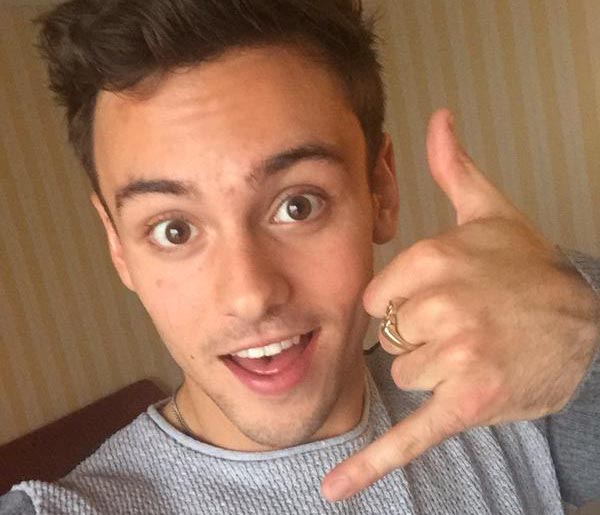 Olympic diver Tom Daley, Radio 1 presenter Scott Mills and pop star Carly Rae Jepsen have joined hundreds of people online to post a #SwitchboardSelfie to raise awareness of the charity and the work it does.

YouTuber Calum McSwiggan is also supporting the campaign by uploading a new video every day throughout June featuring various celebrities and YouTubers from the LGBT+ communities.

Further announcements are due before the end of the month as the charity counts down to its Re-Launch Gala at The Waldorf Hilton, London, on Thursday, June 25.

More than fifteen thousand people use LLGS services every year to talk about a variety of subjects including coming out, discrimination, and sexual health. Volunteers are trained to listen, signpost people to specialist services and to support them to make informed decisions for themselves.

To view celebrity photos that have been posted on Twitter: @switchboardLGBT

To book tickets for the Re-Launch Gala at The Waldorf Hilton, London, on Thursday June 25, click here:

LLGS is a voluntary organisation whose aim is to provide an information, support and referral service for lesbians, gay men, bisexual and trans* people and anyone who needs to consider issues around sexuality.

They promote a positive attitude to being lesbian, gay, bisexual, trans* and are: –

They take all manner of calls, such as supporting a man who has been the victim of homophobic abuse, supporting a lesbian teenager thrown out of her home by her parents, providing the telephone number for a gay painter or the bus route to a local gay pub.

As the LGBT+ communities have developed over the years, so too have LLGS, changed their services to fit the needs of their callers.

LLGS are committed to discussing safer sex to prevent the spread of HIV and other sexually transmitted diseases. Whilst they never try to influence the decisions of their callers, they aim to make them aware of their own sexual health.

LLGS have about 160 trained telephone volunteers. All volunteers identify as part of the LGBT+ communities, which enables them to understand the needs and situations of their service users.