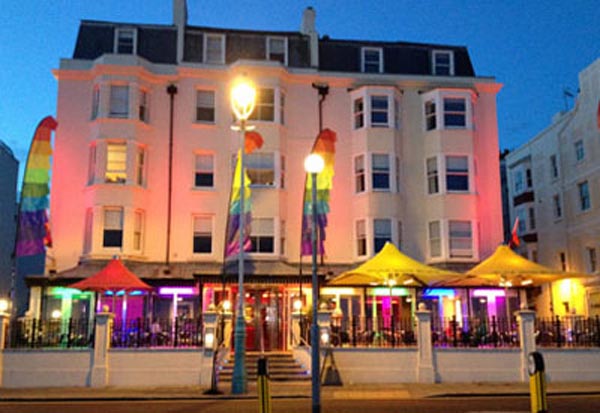 Legends celebrate their 25th birthday on Sunday, November 25 with a spectacular day of entertainment and fundraising for the Rainbow Fund.

SALLY Vate will take to the stage at 4pm followed by Dave Lynn with the legend that is Maisie Trollette at 5.30pm finishing at 7pm with Miss Jason and Lola Lasagne appearing together as J-LO!

Tony Chapman opened Legends in 1993, just two years after launching his flagship nightclub Revenge, which revolutionised Brightons commercial gay scene making it what it is today. Legends in 1993 was a thirty bedroom hotel with a horseshoe bar on the ground floor which for years played host to some of the country’s top cabaret performers including Dame Edna Experience and Ceri Du Pre who had regular mid-week residencies at the bar. The basement was home to the notorious Schwarz Leather Bar. With its twenty-four hour residents license Legends became the place to go for a late night drink.

In 2006 Tony bought the Kempton hotel next door to Legends and undertook a three and a half million pound development of the site to produce todays spectacular entertainment complex which boasts forty bedrooms, the Basement Nightclub a huge cabaret bar on the ground floor and a stunning patio with breathtaking sea views.

Twenty five years on, multi award-winning Legends remains at the top of its game and is the scenes biggest fundraiser for the community and supporter of Brighton Pride.