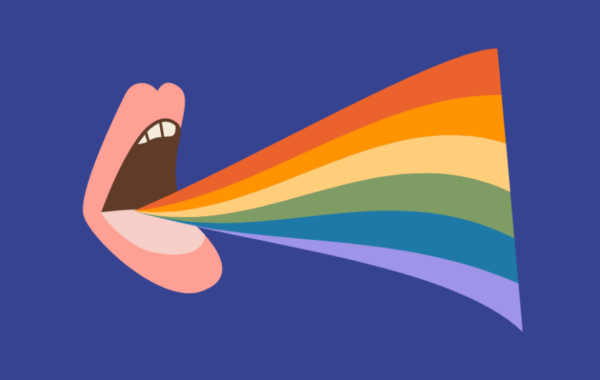 STAMMA, the UK’s national charity for stammering or stuttering, has launched a new group for people who stammer in the LGBTQ+ community and allies.

LGBTQ+ Safe Space is for anyone who stammers and identifies as LGBTQ+ as well as their allies. It started when founder Phill approached STAMMA after London Pride this summer to see if the charity could facilitate a one-off online safe space to discuss the experience of having a stammer and being a member of the LGBTQ+ community.

STAMMA put out the invitation and had a really good turnout, with nearly a dozen people attending, showing a clear need for a safe space like this. As a result, Phill started up a group in October, which will meet on the first Wednesday of every month on Zoom. The next meeting will be Wednesday, November 2.

Phill says: “This is a safe place where we can meet, celebrate, network, have open conversations, and support and learn from each other in a non-judgemental environment. As the group evolves, we hope it can expand and catch up more regularly online or in person.”

Fancy joining? Email Phill at phodd@me.com and he’ll send you a Zoom link and tell you more. In the group you don’t have to turn on your camera or speak if you feel more comfortable to just listen, and you can use the chat function to contribute to the discussion.

“Being a minority within a minority can feel lonely,” said STAMMA’s networks and campaigns lead Vee Meyners. “I hope that this safe space continues to resonate with our community, and that it attracts and encourages people to be themselves.”

If you’d be interested in starting a safe space to discuss a different aspect of intersectionality and minority groups within the stammering community, email Vee at verena.meyners@stamma.org.