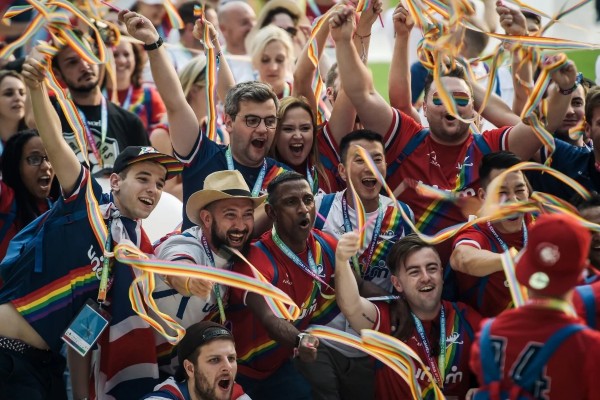 The two year countdown to Hong Kong’s Gay Games (GGHK) began on November 12, as it is due to be held in 2022 at the Hong Kong stadium. The 9 day long event will see 12,000 participants compete in 36 sports to over 75,000 spectators, with the aim of promoting LGBTQ+ inclusion in sports and in society as a whole.

Ricky CHU Man-kin, chairperson of Hong Kong’s Equal Opportunities Commission, added: “Becoming Asia’s first city to host Gay Games isn’t just a cause for pride and celebration for Hong Kong; it drives home the message that the LGBTQ+ community and indeed all in society deserve to be visible, represented and included in sports and other areas of life.” Lisa Lam has been appointed as co-chair of GGHK, saying: “When this opportunity came up, I thought if only one person can go to this event and feel empowered, and safe, that would be so powerful.”

Those participating or attending have been encouraged to fill out a survey, offering ideas of what will make the GGHK as fulfilling and safe as possible. A webinar (which you can register for here) about the impact of the GGHK with the young LGBTQ+ community will take place on Friday December 18 at 11am UK time. The GGHK team is also seeking international/virtual volunteers, more details of which can be found online.