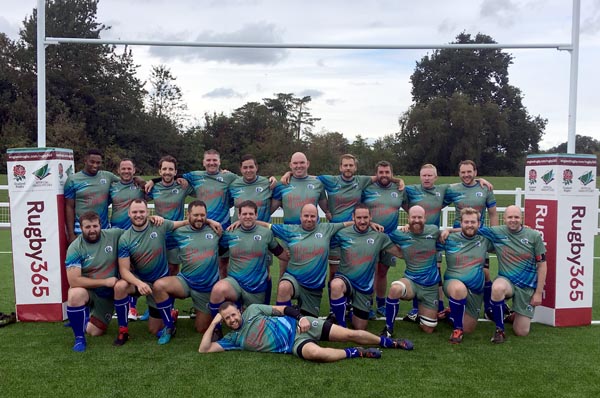 Two players from Brighton and Hove Sea Serpents RFC will travel to Japan in October to represent their club and the City of Brighton and Hove at the first International Inclusive Challenge (IIC) rugby tournament in Tokyo.

THE World Barbarians Foundation in partnership with International Gay Rugby will stage the inaugural IIC at Saitama Misato Athletic Grounds in Tokyo, Japan during the Rugby World Cup on October 5, 2019, featuring gay, inclusive and traditional teams composed of players from around the world.
The IIC will bring together teams from the global rugby community in support of tackling homophobia in sport and supporting clubs participating from cultures that still hold negative views of LGBT+ communities.
The challenge will take place during the Rugby World Cup, the third most viewed sporting spectacle after the Olympics and the FIFA World Cup with three matches being played on October 5, 2019.

The teams making up this challenge will include Top Tier clubs from Tokyo, Japan; Beijing, China; and an all LGBT+ club representing all of Japan. They will face three All-star teams comprised of the world’s best gay and inclusive players to show the world that there is a place in sports for everyone regardless of stereotypes or identity.

Matches will begin at 09.00am local time and are free to the public. The weekend will also include a rugby clinic run by current and former professional rugby players as well as various social and cultural events to celebrate rugby, Japanese culture and diversity.
Aaron Pokluda a player for the Japanese LGBT+ team said of the event: “The IIC will be a first on many levels. From the social aspects down to the rugby, almost everything planned will be a first. We can’t wait for our Japanese and foreign counterparts to experience this event!”
William Howell President of the Worldwide Barbarians Foundation explained why he felt this was such an important event: “The players and organisers feel it is crucial to provide a platform for all members of the LGBT+ communities to feel they are a part of something and that they are not alone. These matches featuring both straight and inclusive teams allows them to showcase their talent and passion in an open and impactful way. This is especially important in cultures where the community may still be marginalised or shunned.”
The Worldwide Barbarians Foundation is a registered non-profit organisation focused on inclusion in sports through advocacy, education, and involvement. It features members from more than twenty countries representing the full spectrum of sexual and gender identity, using the sport of rugby as a platform to encourage teamwork and camaraderie within all the communities it works with.
International Gay Rugby is the Governing body for Gay and Inclusive rugby teams worldwide and have been leaders in working with other sporting governing bodies to address homophobia and inclusion in sports.

Two members of the Brighton and Hove Sea Serpents RFC who will be joining the international line up of the World Barbarians third XV team for this historic event are Damian Giles and Chris Hibbert.

Damian Giles, Club Treasurer and self-termed ‘versatile prop’ (as-in he plays both loose head and tight head positions) said: “This is an amazing opportunity to promote inclusive rugby and to represent our Club and the City of Brighton and Hove. The fact that these matches are taking place during the rugby world cup will hopefully showcase the true inclusivity of the game. The memories of this event will undoubtedly stay with me forever!”

The Brighton and Hove Sea Serpents are sponsored by Bar Broadway and are members of the International Gay Rugby governing body.

If you are interested in learning to play rugby go down to a training session. These take place every Tuesday and Thursday from 7pm at Hove Rugby Club. They tailor the training so it does not matter if you have not played the sport before! They will teach you and work with you to help you decide when you are ready to play your first match.

If you do not want to play full contact rugby then they also offer a touch rugby option that is open to everyone.