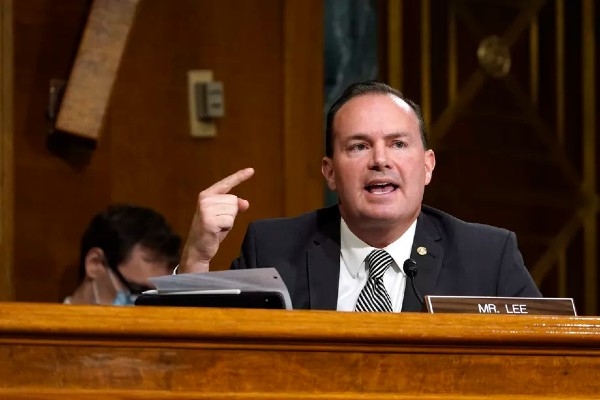 US Republican senator, Mike Lee of Utah, has launched an attack on trans youth playing sports alongside other children, saying trans people participate in sport “in a deliberate, sadistic effort to harm girls and women”. Lee is part of a group of Republican lawmakers behind the ‘Protection of Women and Girls in Sports Act’, which defines sex as “based solely on a person’s reproductive biology and genetics at birth”. If the group’s proposed bill is ever successful, it would revoke federal funding from schools that allow trans girls to participate “in an athletic program or activity that is designated for women or girls”.

Speaking to Deseret News, Lee said, without providing any evidence or a single example: “Biological males might as a pretext use certain words in order to qualify themselves in girls and women’s athletics… Others still might do it in a deliberate, sadistic effort to harm girls and women.” Despite his track record of endorsing anti-LGBTQ+ policies, he insisted: “This is not about being transphobic or having anything against transgender persons. This is a simple question of fairness and physical safety.”

In the UK, there has also been debate surrounding trans women participating in sports. 2020 rulings from World Rugby, the international union for the sport, stated trans women should not be allowed to play professionally on the basis of ‘safety’, however the Rugby Football Union (RFU) in England has announced it will continue to allow trans women to participate.

LGBTQ+ organisation Stonewall said it is ‘deeply disappointed’ with World Rugby’s new regulations. Chief executive, Nancy Kelley, added: “The proposals were based on hypothetical data modelling that has little relevance to the questions of fairness and safety in rugby that the policy review sought to address.”