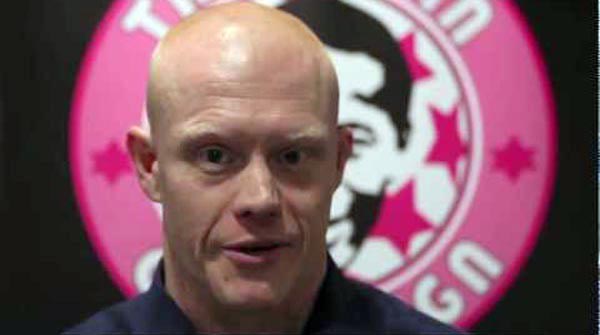 Powerlifting returns to sports programme at the Hong Kong Gay Games in 2022.

THE LGBT Powerlifting Union has agreed to assist the organisers of Gay Games Hong Kong, 2022 in the delivery and promotion of their Powerlifting event in the next Gay Games cycle.

Powerlifting was not included in the sports schedule in Gay Games X, currently taking place in Paris, but the discipline has now been confirmed for the following Gay Games after discussions took place between the next host city Hong Kong and the LGBT Powerlifting Union, who have successfully run the LGBT International Powerlifting Championships (LGBT IPC) in both 2017 and 2018.

The Second annual LGBT International Powerlifting Championships were held in London from July 27-29, with participation numbers doubling, from the previous year.

Within LGBT IPC athletes are welcome to participate regardless of their age, sexuality, health status, ability or gender. This year the LGBT IPC introduced a new Mx third gender category, to welcome transgender, non-binary and intersex participants to compete. The LGBT IPC are the first sporting event in the world to introduce a third gender category, so Mx people can participate in a safe environment, without fear of discrimination.

The LGBT IPC competition is particularly friendly towards novices as they have their own category, for those who are competing for the first time. LGBT IPC is very committed towards reaching out to sections of the community that are under-represented in the sport.

“Next year our own event ‘LGBT International Powerlifting Championships’ will be in Blackpool, the most LGBT and in particular Trans Friendly town in the UK. We have confirmed a fantastic new venue and have a fresh and exciting new programme of events and activities. Next year’s focus will be on development and outreach, with more detailed information about this released in the coming months”.

The choice of the seaside town of Blackpool as the host town gives organisers the opportunity to double the participation levels over the next two years as the town has an abundance of high quality, low cost accommodation.

Athletes from all over the world will find Blackpool a very affordable place to stay with easy access from Manchester International Airport which runs regular one hour fast trains straight into the Gay Village in the centre of Blackpool.

Blackpool 2019 will give the organisers the opportunity to increase participation numbers and provide a very safe host town environment for all Trans, Non Binary and Intersex participants.

In the build up to Blackpool 2019 the LGBT Powerlifting Union are planning Workshops in the North (Blackpool) and South (London). Details about these will follow soon.

Within the Congress the LGBT Powerlifting Union received provisional bids and expressions of interest to host future LGBT IPC events from Atlanta, USA and Munich, Germany.