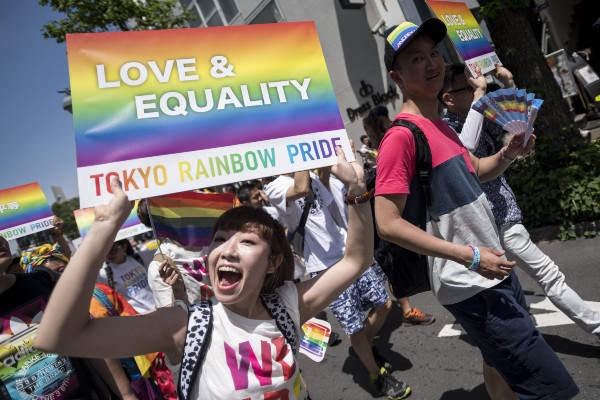 A petition with over 106,000 signatures has been sent to Japan’s ruling party to call for LGBTQ+ equality before the Tokyo Olympics. According to The Independent, the petition was created by four national LGBTQ+ advocacy groups which argued the government should adhere to Olympic policies of equality for all regardless of sexual orientation or gender identity. The petition was sent off when the Olympic torch relay began in Fukushima to count down to the games which commence in July.

Yuri Igarashi, director of the Japan Alliance for LGBT Legislation, explained why the petition was set up, saying: “Many LGBTQ+ people in Japan are still discriminated against…We need legislation to guarantee human rights and equality of LGBTQ+ people.” They said it is the “responsibility” of the Olympic host nation to ensure equality, and hopes the petition will encourage the government to act.

The petition comes shortly after a landmark court ruling in Japan which found the country’s same-sex marriage ban is unconstitutional. After 13 same-sex couples filed a lawsuit against the government in 2019, the Sapporo district court recently ruled in favour of them, saying: “Sexual orientation cannot be changed or selected by a person’s will. It is discriminatory treatment…that they cannot receive even some of the legal benefits that heterosexuals do.” One of the plaintiffs said the court’s decision is a “huge step forward”.