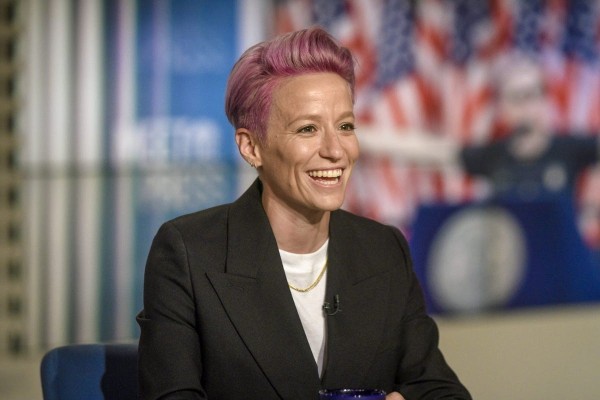 Out gay football player, Megan Rapinoe, has condemned the wave of bills across the US which aim to ban young trans athletes from participating in school sports, saying: “discrimination hurts everyone.” In an opinion piece for The Washington Post, vocal LGBTQ+ activist and Olympic gold medalist Rapinoe said anti-trans bills are an “intense political assault on LBGTQ+ people.”

She argued that trans youth deserve the same sporting opportunities as cis youth so they can “gain confidence, self-respect and leadership skills, and to learn what it means to be part of a team”, adding: “Discrimination hurts everyone. We’re stronger as teams, and as a country, when all people who love sports have a chance to have their lives changed for the better, just like I did.”

Rapinoe also shared a message of support for trans youth affected by the new bills: “I want every transgender kid out there to know that they can live their dreams and be true to who they are. For them to realise those dreams, they need to be allowed to play.” Over 25 states are currently considering bills which aim to limit the opportunities of trans youth, with Arkansas being the latest state to officially ban trans inclusion in school sports.