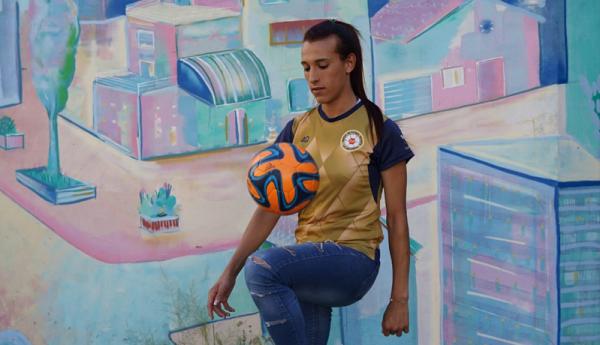 Mara Gomez, 22, is the first trans woman to have been signed to a professional football team in Argentina amid global debates surrounding trans women’s right to play on league level sporting teams. Gomez, who previously played for Toronto City, was signed to Las Malvinas FC as a striker and is due to make her professional Argentinian debut on December 5, playing against Lanus FC. At her previous Argentinian club, Malvines, she made her name as the club’s top goalscorer and a two-time amatuer league champion.

Gomez shared a message on social media after her signing: “Today, I am officially a player of the highest category of Argentine soccer. The road was long, there were many obstacles, many fears and sorrows. That which one day made me think that I would not be anyone, that I would never have the opportunity to be happy in my life today is reversed. I will be fulfilling one of the greatest goals of my life, that I thought indispensable, which was never going to happen. Thanks to all the people who from the first moment accompanied and supported me”.

She also said: “Football helped me change my sexuality and my personality. It was a moment of distraction. I have been treated well in every club I have ever played for. We all take part in the same work and I never felt excluded from any of the squads.” Many countries, including England and the UK, have been in debate over whether trans women should be allowed to play in professional sporting leagues. In October, World Rugby, the global union for the sport, published a new series of guidelines preventing trans women competing at the highest levels of the game on the basis it is a ‘safety risk’ to other players. However, the Rugby Football Union (RFU) in England, said it will continue to allow trans women to participate in the sport as ‘more scientific evidence’ on the matter is needed.