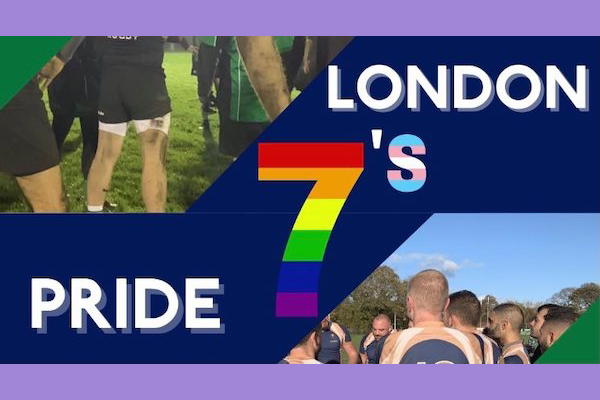 Mitcham & Carshalton Rugby Club and The London Stags has confirm the inaugural tournament, the London Pride 7’s, has been given the green light and will take place on Saturday, June 5. This will be a first of its kind tournament in South London, looking to champion inclusive rugby, with Brighton & Hove Sea Serpents taking part. The tournament will host over a dozen LGBTQ+ rugby sides from across the country, including The London Stags, Kings Cross Steelers, Wessex Wyverns, Brighton & Hove Sea Serpents, Bristol Bisons and many more.

London Pride 7’s has had recent backing from the likes of former England stars Chris Robshaw, James Haskell, Topsy Ojo and even the Secretary of State for Digital, Culture, Media and Sport, Oliver Dowden CBE. The tournament also has the support of former England & Lions player Simon Shaw, whose sporting equipment company Simon Shaw Rugby is an associate sponsor.

Michael Smith, LGBTQ+ club chairman for The London Stags, said “The London Stags have been proud to be collaborating with M&C for the first ever London Pride 7’s tournament.

“The event is aptly taking place during Pride Month, a time to reflect on the equality and rights of the LGBTQ+ community.

“Pride 7’s is an opportunity for International Gay Rugby and none IGR rugby to get together and play the sport they love. Celebrating diversity, inclusion and the ongoing fight for further equality.“

Ed Marsh, Mitcham & Carshalton’s director of rugby and tournament organiser, added: “I am delighted the tournament is finally going ahead after so many months in limbo.

“Diversity in rugby is imperative, making a friendly and welcoming environment for all that want to play the game. Both M&C and The London Stags have put many hours of work into the tournaments success, now finally, we are ready and can’t wait to welcome the teams from across the UK!”

Submissions for this year’s London Pride 7s are closed however those wishing to enter next year can get in touch via Mitcham & Carshalton Rugby Club’s website.