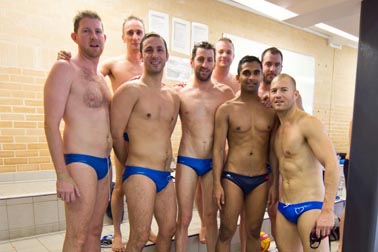 After the tournament finished, the participants headed to the Shadow Lounge in Soho for an after party.

Gareth Johnson, Chair of Out To Swim and London Orca player, said:

“It’s been a fantastic tournament – 13 teams from across Europe competing in what has been the biggest LGBT water polo tournament outside of a Gay Games.  We’ve played some great water polo, but we’ve also had a lot of fun.  The feedback from all the competitors has been really positive – they’ve loved the tournament and they’ve loved being in London for the weekend.”

Further tournaments are planned in Manchester and Paris in 2013.

For more information, view:
OUT TO SWIM