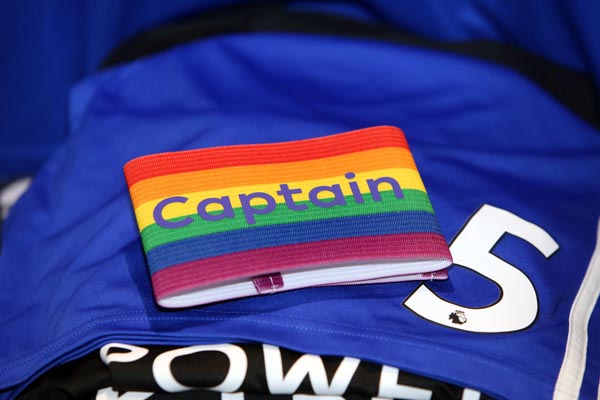 Leicester City announce official partnership with Stonewall to further strengthen the Football Club’s commitment to the LGBT communities in Leicestershire.

WORKING alongside Stonewall, the UK charity for lesbian, gay, bi and trans (LGBT) equality, the Club will help to tackle homophobia, biphobia and transphobia, while looking at ways to encourage and promote equality and inclusiveness.

The partnership will see the Leicester City work with Stonewall to encourage participation in the LGBT+ communities across all levels of football by creating an inclusive and welcoming environment, free from discrimination.

These goals extend to all on-field participation as well as support for those who work or aspire to work in an off-field role.

Helping to create a safe and inclusive matchday experience at King Power Stadium is a key part of that vision and continues to be an important platform for the Football Club to support the LGBT+ communities.

The Club have also signed up to be a Stonewall Diversity Champion, a programme which consists of more than 750 organisations who help to create workplaces that are welcoming to LGBT+ people.

Stonewall will be supporting the Club with its Equality Action Plan and Equality Champions Network as it strives to achieve the Equality Standard Advanced Award, while staff will receive bespoke training sessions to improve their understanding of the LGBT+ communities and the charity’s wider work.

Leicester City supported Stonewall’s Rainbow Laces campaign at last season’s home fixture against Watford, where rainbow armbands were worn for team captains, while a Rainbow Laces pitch flag, rainbow-coloured ball plinths and substitution boards were used to back the initiative.

The Club also support the Leicester Pride celebration each year and work closely with Foxes Pride, an LCFC supporter group for the LGBT+ communities.

Leicester City are committed to making football a game for everybody and do not tolerate homophobic or discriminatory language.

If you hear any such language at King Power Stadium during a match, contact a steward or report it by text message to 60066 (start your message with the word FOXES).