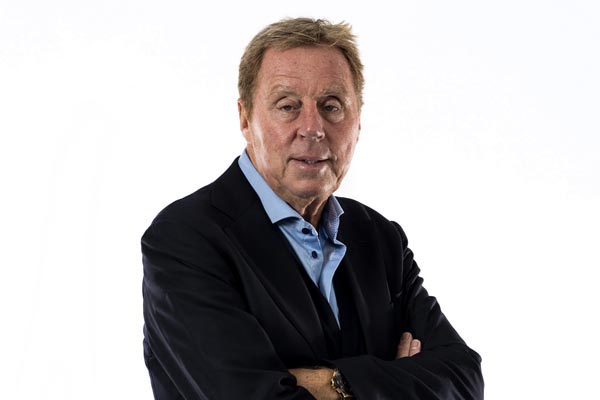 Are you looking forward to the theatre tour?
I am. I’m also slightly nervous which is apparently a good thing because it will keep me on my toes. I’ve never really done theatre before but Terry Baker has done 100s of shows and he assures me my type of humour and honesty will be appreciated. I’ve got Noel Brodie asking the questions, I first saw him in panto with Rita from I’m a Celebrity (ITV’s I’m A Celebrity Get Me Out of Here) when I came out of the jungle and I thought he was terrific so I’m in good hands.

What are you anticipating talking about?
Anything and everything. Obviously there is now a new audience who now know of me from the jungle. That was a great experience and provides plenty to talk about. Right now there is a lot of interest being shown in the recent Harry’s Heroes show. That was great fun to make and full of characters to talk about. Then there’s the greats I played with at West Ham, Mooro, Jimmy Greaves, Geoff Hurst, Martin Peters and all the others and my time playing in the USA. I was also a manager at premier league level for many years along with time in the lower divisions and my first taste of management at Bournemouth. There’s loads of laughs from those days!

Isn’t managing a serious business though?
It is and it’s quite lonely being a manager because the buck stops with you. Being in the jungle made me laugh again more than I remember laughing for years. The stories about players from my management days are very funny now. But like a lot of things, they weren’t necessarily funny at the time they happened. The main thing is that onstage we have fun. The audience will hopefully enjoy it then as well.

The country was captivated when you spoke about your fifty plus years with your wife, Sandra. Many people voted for you from that day on. That and Roly Poly pudding?
As I always say, I won the lottery the day I met Sandra and she has been the only person for me from day one. Jamie and Mark my sons always say dad you hit the jackpot there. As for Roly Poly, I do love it, but since leaving the jungle and attending events around the country, it feels like I’ve eaten my weight in it. I’ve a joke about that in the show but I won’t repeat it here and spoil the laughs.

Who are some of the people you will speak about?
Come to the shows and see, but expect all of the characters I managed from Di Canio and Merson to Futre and Kanu. There are some true but very funny incidents over the years. I’m looking forward to meeting people as well and the banter on the road with my touring companions Terry, Freda and Nick from A1. The only downside is hours on the motorways which I thought I’d left behind me when I finished managing.

Lastly, do you miss football?
Yes I always will and I talk about it all the time, appear on BT sport, and watch games all the time, I’m madly busy as well. So there’s no time to miss it. I’ve only ever known football all of my life. Along with racing and my family it has consumed all of my time and all of my interest and on this tour it’s what we will talk about and according to the people around me, it will make people laugh and consume them as well. Time will tell.

Event: An Audience with Harry Redknapp