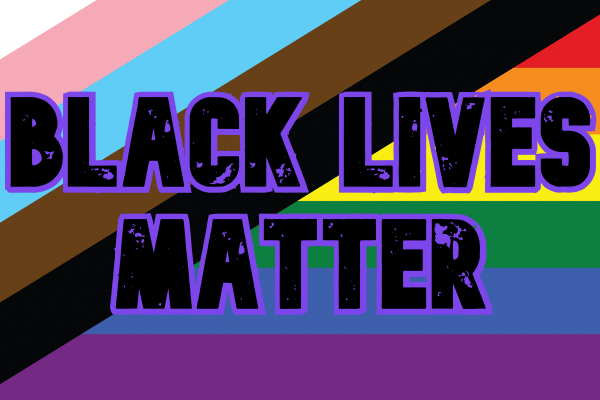 Many places across the world have celebrated Pride over the last two month, marking the riots that began on June 28 at the Stonewall Inn in New York City. These riots mark the beginning of the modern LGBTQ+ rights movement and Queer & Trans People of Colour (QTPOC) were at the forefront of these protests.  They had suffered police harassment until it became unbearable and fought back, demanding justice and the right to be themselves. The rebellion was started by queer trans and lesbian people of colour, some of whom were homeless sex workers and drag queens. Gay men joined the fight back and Pride was born; in anger, in frustration, in rage, and in different groups, joining together, finding common ground in the hope of making things better.

In theory things got better but for some communities life hardly changed. Audre Lorde who described herself as a black lesbian, mother, warrior and poet wrote, ‘Revolution is not a onetime event’. Lorde used her words to address sexism, classism, homophobia, and racism in America throughout her life.

To be silent at the moment, with protests against white supremacy and racist attitudes combined with privileged actions and words sweeping the world, is to be complicit in maintaining the status quo. Because it is no longer enough to be ‘non-racist’, it is vital to be anti-racist.

It is vital to be proactively anti-racist, and that also means educating yourself on how to do that of your own volition. Dr. Martin Luther King Jr put it this way: ‘Injustice anywhere is a threat to justice everywhere’.

For LGBTQ+ people who understand the meanings of our own histories, and what equality really means, this is not an option. Racism affects LGBTQ+ peoples across the world who live in cultures stained by institutional racism, including here in the UK. In many places across the world it is overwhelmingly the hangover of colonial laws that make being queer illegal. White supremacy is a white invention, prejudice is an ugly export of our island.

We believe as well as sharing news of protests and activism from across the UK and the world, that it would be an important use of Gscene’s website to direct you towards people and organisations who can explain and educate far better than we can. It is up to us, each of us individually, to educate ourselves and raise awareness about oppression and systematic racism.

We know from our own LGBTQ+ experiences that for a radical transformation to take place, action is necessary; to be a part of the change and support the movement for racial equality requires both bold action and education. So, here are some things you can do right now to support the Black Lives Matter movement and agitate for justice in the UK and the world, along with some educational resources that could prove vital going forward.

Donations are also highly encouraged to a range of charities and organisations with the explicit aim of stamping out racism and working towards racial equality at home and abroad: Here are some key local, national and international groups which you might consider donating to.

Stonewall UK has a full list of UK QTIPOC groups you should know about check out their website here:

There are many good guides on other ways to support the movement, how to educate yourself, speak out and challenge in effective and productive ways, or find or join protests in the UK. We would encourage you to seek out and learn ways of becoming more effective in the continuing push for equality in our communities. Channel your outrage, put it to good use.

Gscene will be joining communities across the city tonight at 8pm. In solidarity with the flight against prejudice and racism , more information here: