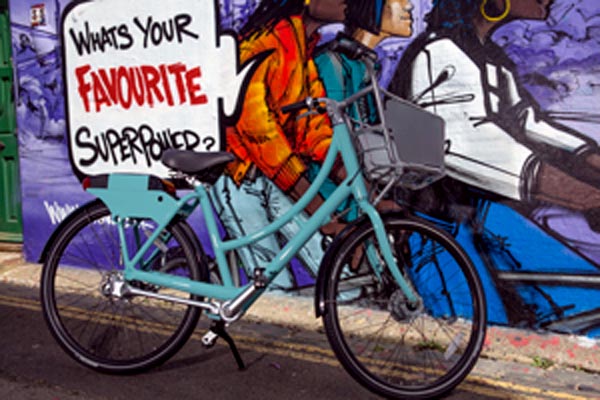 Kick-start a summer of cycling by taking part in Bike Week from June 8 to 16.

THE week-long celebration of cycling will be delivered by Cycling UK and Love to Ride. Anyone who logs a bike ride during the week will be in with a chance of winning some great prizes.

To celebrate the many benefits of the bicycle, Love to Ride and Cycling UK are inviting people to share their cycling experiences with the #7DaysofCycling hashtag.

It’s completely free to take part and everyone is invited to join in, it doesn’t matter if you ride every day or if you haven’t been on a bike in years.

People who ride a bike to work are shown to be happier, healthier, wealthier and more productive. Getting more staff cycling to work can benefit employers too by reducing illness and sick leave; with cycle commuters taking half the sick leave of their non-cycling colleagues. Those who ride to work regularly also report improved mental health.

Getting more people in the city cycling also helps the local environment by reducing congestion and improving air quality. Congestion and pollution contribute to 40,000 premature deaths annually in the UK and road transport is the main source of emissions in Brighton & Hove.

Many of the city’s employers, including Brighton & Hove City Council, offer a Cycle to Work Scheme which enables employees to borrow up to £3,000, tax and National Insurance free, to buy a bike.

The council has partnered with the Green Commute Initiative (GCI), a social enterprise which offers a flexible bike scheme to staff. Through the scheme, council staff can buy a conventional or electric bike, there is no upper limit on the cost of the bike and a longer period is offered for loan repayments. With GCI, the bike is offered as a tax-free benefit-in-kind by the employer, so that employees don’t have to pay tax on the price of their bike.

For those who don’t want to commit to buying a bike, the BTN BikeShare scheme, which began in September 2017, has over 500 bikes available for hire from hubs across the city. The pay as you go bike rental costs start at 3p per minute, allowing residents and visitors to travel around the city cheaply and sustainably. Since its launch, the scheme has had more than 69,000 users who have made over 560,000 journeys, covering more than one million miles.

Chair of the Environment, Transport and Sustainability Committee, Councillor Anne Pissaridou, said: “The benefits of cycling, which include boosting physical and mental health, are well documented and it is increasingly becoming a more popular way of getting from A to B. It also supports the local environment by reducing congestion and air pollution.

“Over the next year, we will be investing further in the city’s cycling infrastructure and developing the city’s cycle network. Our Local Transport Plan outlines plans to provide better surfaces, joined up and marked routes and improvements to the safety and quality of junction crossings for cyclists.

“I hope many residents are inspired to get back on their bike this week and cycle for fun, health and to commute.”