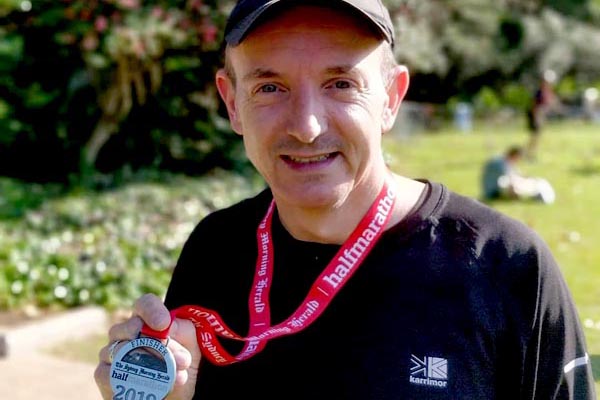 Bear-Patrol supporter runs Half Marathon on the other side of the world for Local Mental Health Charity.

KIERAN Fitsall who moved from Brighton to Australia last year for two years with his husband Rob Stevens took part in the Sydney Half Marathon on Sunday May 19 2019 to support MindOut the Brighton based Mental Health Charity.

Kieran, a keen supporter of Bear-Patrol has been a part of their running team for the past three Brighton Half Marathons. Despite the heat and different running conditions Kieran completed the Sydney Half Marathon in 02:01:42

Kieran said: “Moving to Sydney last year meant I missed out on running with my fellow Bear-Patrol runners in the Brighton Half to help raise awareness and money for MindOut. This is my way of doing my bit for the team to continue my support for the good work that they do.”

To make a donation to Kieran’s Fundraising page, click here: