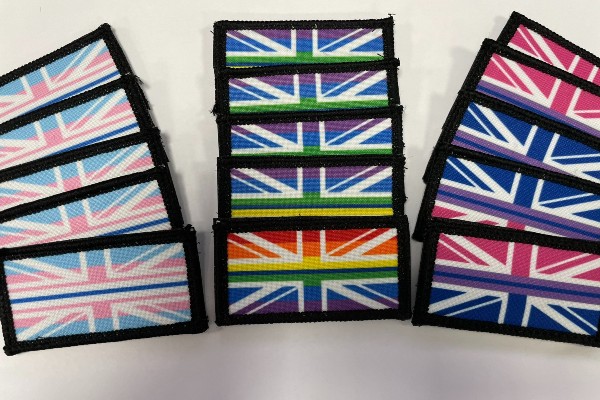 The LGBTQ+ staff network for the South Wales police force has created LGBTQ+ epaulettes – decorated with either the trans, bisexual or rainbow flag – in honour of Trans Awareness Week, but recieved backlash on social media. SWP LGBTQ+ official tweeted: “Finally, we are giving our officers and staff the ability to show their support by wearing trans epaulettes and LGBTQ+ patches on their uniforms.” The majority of comments on the tweet were unsupportive of the move.

One user wrote: “I miss when the police used to be normal. All of this political nonsense should have no place in the police force.” Another referred to the epaulettes as “a waste of money”. Former head of counter terrorism at the City of London police, Kevin Hurley, wrote an opinion piece for RT News, accusing the South Wales police of ‘virtue signalling’. He argued it shows favour to particular groups, saying: “It is concerning that the officer himself or herself feels it is appropriate for them to make a visible demonstration of their view or leanings as they go about their job.”

Nevertheless, he insisted he supported the LGBTQ+ community: “I lent my support for freedom of choice and lifestyle by attending the 2014 Brighton Pride march, riding at the front of an open-topped rainbow bus”, but suggested acts of solidarity should be left out of the everyday workplace. South Wales LGBTQ+ staff network have not responded to the backlash.