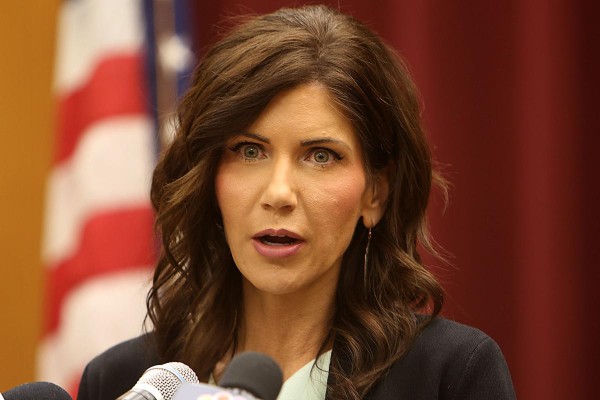 South Dakota is the latest US state to be considering a ban on young trans people participating in school sports after governor Kristi Noem said that she has proposed a bill that will be debated in January. A similar bill was considered in the state earlier this year, but it was vetoed by Noem who claimed that it had technical problems and could easily be overridden in court.

Noem described the new bill as a measure to ensure “an equal playing field” for cisgender girls and women, adding: “Common sense tells us that males have an unfair physical advantage over females in athletic competition.” Jett Jonelis, the advocacy manager at the American Civil Liberties Union of South Dakota, condemned the bill, saying: “Gov. Noem’s proposed legislation is clearly fueled by a fear and misunderstanding of transgender people in our state.”

They continued: “Bills like this that seek to ban trans women and girls from participation in athletics are based on inaccurate stereotypes about biology, athleticism and gender and are not in line with South Dakota values.” Although the Biden administration previously issued an executive order to ensure young trans people’s access to school sports, a handful of states have already passed laws to ban trans inclusion, including Alabama, Arkansas, Mississippi, Tennessee, Florida and West Virginia. The Human Rights Campaign has already sued four of these states over the negative impact the legislation will have on trans youth.