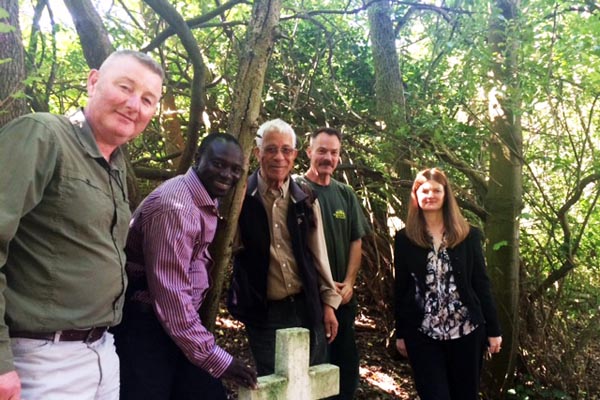 On Friday, January 19 at 10am, key city figures will join a special ceremony to remove a head stone marking the grave of a slave boy who died in Brighton 145 years ago.

Thomas M.S. Highflyer was a slave boy who was rescued from a slave ship on August 24, 1866, along with two other boys, by Captain Thomas Malcolm Sabine Pasley of the Royal Navy’s East African Anti-Slave Trade Squadron. Tom Highflyer was sent to Brighton to be educated and lived at 19 Great College Street, Brighton until his premature death on June 20, 1870 aged 12.

A key part of the project will see Tom Highflyer’s original head stone monument removed and then restored, to be returned to its place at Woodvale Cemetery.

Bert Williams MBE, President of Brighton & Hove Black History, said: “The Thomas Highflyer project is a very important project for our Black History group to help share the important contribution that Black people have made in Sussex. The story of his life and the unexpected discovery of his headstone is yet another piece of Brighton and Hove’s hidden Black heritage uncovered thanks to our team of volunteers. By restoring Tom’s grave, we hope to preserve his story and legacy for generations to come.”