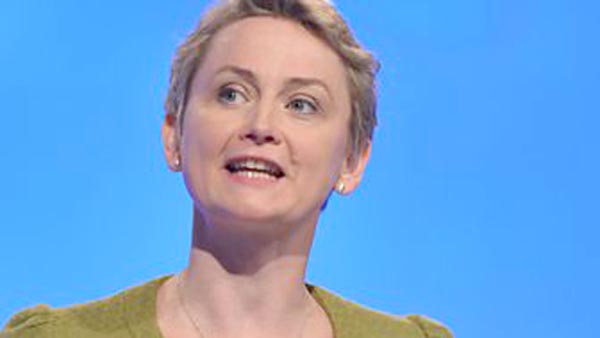 Influential figures including Yvette Cooper MP, attend the Stonewall, Education for All Conference at the QEII Conference Centre in London.

During her keynote speech yesterday morning (Friday, July 8 2016), Ms Cooper talked about her early involvement with Stonewall. One of the first marches she ever walked on was in protest against Section 28. She later emphasised the need for inclusive and compulsory SRE in schools and discussed the cross-party campaign Reclaim the Internet, which calls for people to take a stand against bullying and abuse online.

Cooper called online abuse “part of cohesive control and domestic abuse in relationships” and, referencing Stonewall’s NoBystanders campaign, emphasised the importance of calling out bullying and discrimination online as well as offline.

The conference was attended by hundreds of primary and secondary school teachers, education support staff and professionals, local authorities, further and higher education staff and other individuals interested in education.

Delegates attended numerous breakout sessions on topics including ‘empowering LGBT staff in schools’, ‘winning over staff and parents’, ‘building an inclusive curriculum’ and ‘managing the relationship between LGBT inclusion and faith’.

Around 100 young people, at Key Stage 4 and Key Stage 5, attended a separate youth stream that ran alongside the event. This featured sessions on ‘promoting positive mental health and wellbeing’, ‘exploring trans identities’ and ‘what about the B in LGBT?’.

Top tips on how to tackle online bullying, released by Stonewall in collaboration with Facebook, were also launched at the conference.

‘End Bullying – Be Kind Online’ is a list of tips on how to help those who are the victims of online abuse, advice on how to make a positive difference online and suggestions on how best to protect yourself on Facebook.

Hertfordshire-based Herts for Learning was named the best local authority for celebrating difference, tackling homophobia and biphobia in schools and supporting LGBT young people in their local communities.

Ruth Hunt, CEO at Stonewall, said: “As Stonewall’s work continues and we reach deeper into communities, it has become more apparent than ever before that lesbian, gay, bi and trans young people come in all shapes and sizes and that it’s vital that we understand how identities inform unique lived experiences.

“The ongoing support of local authorities, schools, teaching professionals and young people, who continue to support your LGBT colleagues, students, friends and families is vital.

“Your continued commitment and efforts are helping create real change by transforming institutions, empowering LGBT young people and changing the hearts and minds of those who just don’t “get this stuff” yet.

“We are so proud to continue to work with you, and will continue to be by your side until all young lesbian, gay, bi and trans people are accepted without exception.”