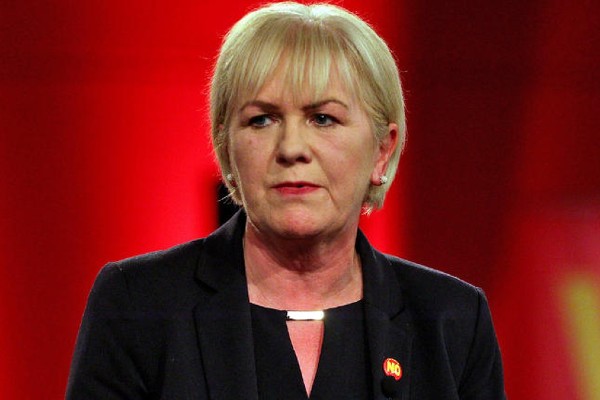 Former Scottish Labour leader, Johann Lamont, has put forward amendments which would effectively erase non-binary citizens from a national hate crime bill. According to Herald Scotland, Lamont put forward the idea to define sex as either male or female in the bill, and then asked justice secretary, Humza Yousaf, how many sexes there are, to which he did not directly respond. She then said she is “concerned” at Yousaf’s suggestion that there are “more than two sexes”.

Lamont, who previously supported notions to remove trans women from single-sex spaces, told a virtual meeting of the Scottish justice committee: “I do want an explanation from the cabinet secretary for the use of the term ‘a different sex’. It’s clear in law there are two sexes, and that definitions matter, and if we’re going to change from the language of the Equality Act, I think there is a responsibility on the cabinet secretary to explain why.”

Yousaf responded: “I think consistency is important. I think precedent legislation is important. But also I think being inclusive is important too, and organisations such as the Equality Network, such as Stonewall Scotland, support the use of the term different sex because they believe it to be, and I agree with them, to be more inclusive, particularly of non-binary persons. One of the things that has changed [since the Equality Act] is that there is now a conversation about there being more than two sexes and that it is a spectrum.”

The new Scottish hate crime bill has been a subject of debate after the initial draft of the regulations included a clause which stated: “Behaviour or material is not to be taken to be threatening or abusive solely on the basis that it involves or includes discussion or criticism of matters relating to transgender identity”. Yousaf later removed this section of the bill after LGBTQ+ activists expressed concern that it would allow for anti-trans hate speech.