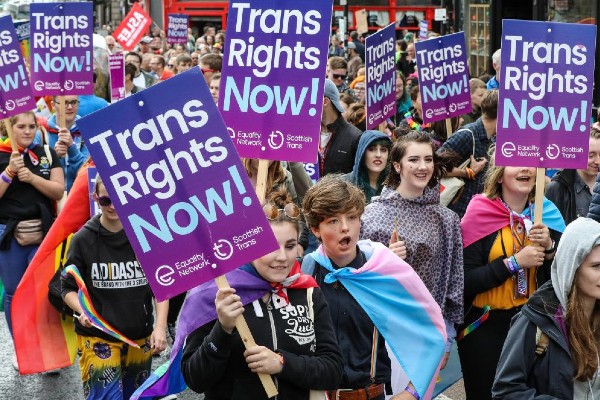 Scottish Justice minister, Humza Yousaf, recently submitted an anti-trans amendment to his proposed ‘Hate Crime and Public Order’ bill, which aims to update and consolidate hate crime laws in Scotland. Yousaf added a “protection of freedom of expression” amendment to the bill, which states: “Behaviour or material is not to be taken to be threatening or abusive solely on the basis that it involves or includes discussion or criticism of matters relating to transgender identity”. This could leave leeway for anti-trans hate speech if it is classed as a legitimate discussion, although the amendment did not clarify what would be considered valid criticism.

SNP party member, Joanna Cherry, who is known for opposing trans-inclusive reforms to the Gender Recognition Act, celebrated the amendment on Twitter, saying it was a victory for women’s rights: “Bravo ⁦Humza Yousaf. The⁩ Scottish Government have introduced an amendment to the hate crime bill to protect freedom of expression in respect of discussion and criticism of matters relating to transgender identity. A huge victory for women’s rights and freedom of speech.”

However, many have accused the government of neglecting the needs of Scotland’s trans community, with Scottish LGBTQ+ activist and campaigner, Tristan Gray, criticising Yousaf’s amendment: “Not sure there’s a more direct way for the SNP leadership to pin their colours to the mast than suggesting changes to the hate crime bill that openly suggest removing transphobia as a hate crime. Imagine removing criticism of “homosexual identity” from hate crime legislation. There’s no difference here. Humza Yousaf is providing an escape hatch for transphobes to use to escape legislation that he is providing for no other hate group. This is SNP leadership flagrantly pandering to transphobia in their ranks, declaring ‘it’s alright to be a transphobe.’” A member of the Scottish Green Party Women’s Network also tweeted that the amendments had turned the hate crime bill into a “transphobes charter”.

Yousaf responded to criticism saying there had been a “misunderstanding” about the implications of the bill, adding: “No characteristic is being singled out. Bill includes 4 FoE provisions – for Religion, Sexual Orientation, Age & Transgender Identity.”