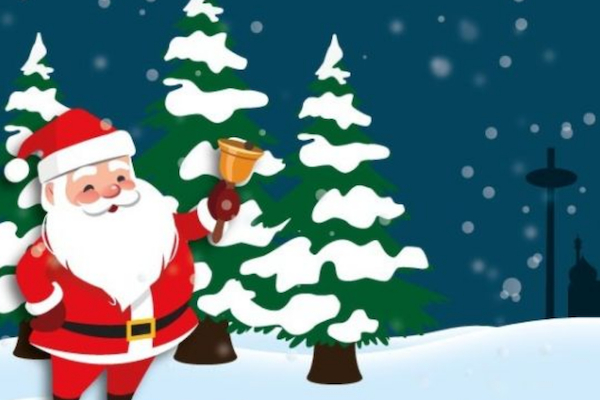 Brighton & Hove and Metrobus, and Santa himself, are doing a final dash to the finishing line to raise as much money as possible for 12 local community groups and charities, including LGBT Switchboard and Brighton Black History Group, through its online Santa Bus GoFundMe appeal and by selling limited edition festive Santa Bus face coverings.

Face coverings are now half price and on sale for £2.50 in the last weeks before Christmas. To get them half price, click here and enter the Santa Bus discount code #SantaBus. All proceeds will be split equally between the groups. Santa Bus face coverings are also on sale at One Stop in North Street, Brighton and Crawley Bus Station travel shops. Alternatively, people can donate via GoFundMe here.

If you can’t donate you can still share the Santa Bus appeal on social media. The Santa Bus website pages also include Christmas games, competitions, colouring in, jokes, Santa facts and a downloadable letter to Santa.

Martin Harris, Brighton & Hove and Metrobus’ Managing Director, said: “We all know that charities have found this year really hard and it’s been an even harder year for the people they help.

“Despite the Santa Bus not being able to go out on the road in 2020 we’ve already managed to raise more than £3,000. This is the final push to raise as much as we can in support of these hard-working groups that have made such a big difference to so many people’s lives over the years, whether that’s people living with dementia or struggling families relying on food banks.”

The Santa Bus has raised more than £300,000 for local charities over the 16 years it has been running, mostly through street collections, as it travels around the city over 20 nights.

The bus company and the council took the difficult decision to move the popular Santa Bus online this year due to the coronavirus. The Santa Bus goes down set routes and attracts crowds as people gather at bus stops as it passes, which the company and council decided was too much of a risk to take during the pandemic, especially in the run up to Christmas.