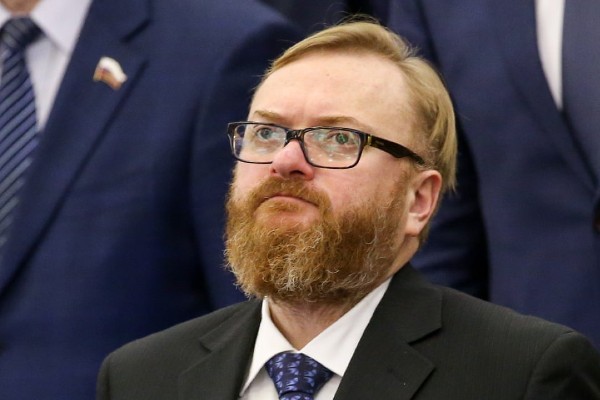 Russian MP Vitaly Milonov, known for his controversial anti-LGBTQ+ views, has been criticised by the country’s Human Rights Council after saying on TikTok that gay people should be “sterilised” like stray cats. According to RT News, the MP was seen saying: “We have to be humane. How do we fight stray cats? We sterilise them. And gays should be sterilised, too”, in the now deleted video.

Answering a question from a journalist, Milonov explained that he believes LGBTQ+ people should be placed in shelters, describing the gay community as the “lowest stage of development of the animal world.” In response to his derogatory comments, head of the Human Rights Council, Valery Fadeev, said that politicians should be careful of their “language” and “should not publicly call for breaking laws.”

However, Fadeev did add that it is acceptable to have “a negative opinion towards gays and the LGBTQ+ community” as long as these opinions are not voiced in a way that breaks the Russian constitution. Milonov has made homophobic comments on multiple occasions, saying in 2019 that homophobia is “beautiful” while homosexuality is “disgusting”. He is also known for spearheading the so-called ‘gay propaganda law’ that persecutes those who share LGBTQ+ related content.