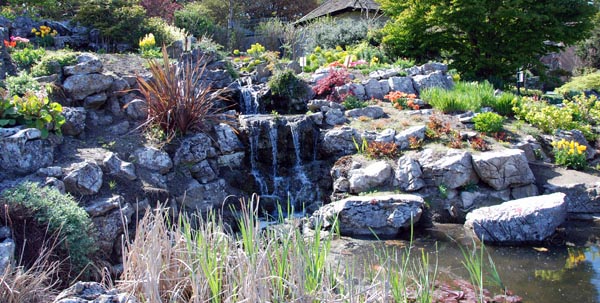 Preston Park Rockery has been shortlisted in the Fields in Trust’s search to find the UK’s Best Park.

Along with Castle Gardens in Antrim, Pontypool Park in Torfaen and Rouken Glen Park in East Renfrewshire, each were shortlisted following a public vote which saw more than 200 parks nominated and in excess of 10,000 votes cast.

The nominators of each of the four shortlisted local green spaces have been invited to Lords Cricket Ground to represent their parks at the Fields in Trust Awards on November 30, where the overall winner and UK’s Best Park 2016 will be named.

Andy Jeavons, Garden Manager at Preston Rockery, who nominated the rockery, said: “I am absolutely thrilled with it being shortlisted. I nominated the garden because of the fantastic comments I constantly receive from the public praising the garden. The colour, interest and variety of wildlife we get is stunning.

“The final awards day should be a great day, whatever the result.  I’m pleased to be representing CityParks and extremely proud to have just got this far.”

The rock garden has been restored by volunteers and CityParks staff with plants of year-round interest, including the winter months.

Any local green space was eligible to be nominated by members of the public in the awards which are run by national charity Fields in Trust. A total of 214 nominations for community spaces across the UK were received, with all nominated parks progressing to a public vote.

The winner will take over the mantle of UK’s Best Park from Telford Town Park in Shropshire which was named the public’s favourite local green space in the inaugural vote in 2015.

Chair of the environment committee Cllr Gill Mitchell, said: “It’s great that the Rockery has been shortlisted for the UK’s Best Park and council staff and volunteers are getting the recognition they deserve for all their wonderful work.”