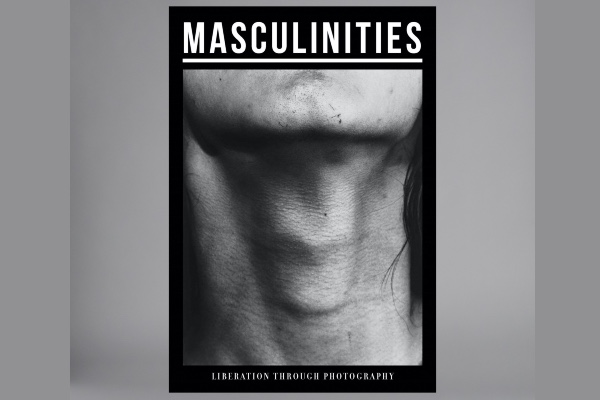 At a time in popular culture when we appear to be riding a wave of men disregarding conforming perceptions of masculinity, see any red-carpet appearance by Billy Porter as one striking example, this Barbican exhibition reminds us that disregarding the binary is not a new fashion, we’ve always done it.

Curator Alona Pardo says of the collection: “We live in a moment where, on one level, we’ve never been more inclusive… never been so appreciative and accepting of other lifestyles” and if that feels like a statemen with a ‘but’ on the horizon, the hesitation is that Masculinties is an international exhibition showcasing diverse images of male lives from the 1950s to the present. That’s 70 years of non-conforming. It’s not a new idea.

Featuring the work of more than 50 artists, including Andy Warhol, Robert Mapplethorpe and Herb Ritts, the exhibition explores how masculinity has been defined both within and without the mainstream of ‘man’.

Pardo said she felt that something was missing from the conversation despite discussion of gender roles and ‘toxic masculinity’ in the mainstream; “It struck me that when you look at shows that are looking at the experience of identity and it’s always measured against something… and that benchmark is masculinity. But we never really examined or scrutinized what this status quo was”

The presentation here examines marginalised communities and perhaps their influence upon, but certainly challenge to, historically conservative ideas of masculinity whether it is toxic or not.

At its most fascinating the collection marries images of the Taliban in an effeminate and glamorous juxtaposition with their contemporary reputation, alongside video of an American college fraternity and its ‘shouting competition’, their sought after prize a keg of beer. All equally fascinating, frightening and alarmingly arousing. An illuminating combination.

The exhibition features images from inside private and exclusive gentlemen’s clubs of London in the 1980s alongside flamboyant football players and teenage cowboys. The latter staring at the exhibition visitors through eyes that have clearly seen more life than they perhaps dare to speak of. So much here is as instantly recognisable as it is unsettling. And Masculinties does at times unsettle.

That said, the presentation does not quite live up to the space into which it sits and throughout there is a gentle sense of something missing, an element unexplained. Curator Pardo:  “The show isn’t setting out to answer what masculinity is. It’s about opening up the discussion to start thinking about the subject. Men do need to be liberated from this very narrow definition of what it means to be a successful male.”

I’m not at all convinced that Masculinties takes a leap towards such an achievement, but it is certainly an engaging part of a broader and definitely live conversation.

“Masculinities: Liberation through photography” is at London’s Barbican Art Gallery now and until May 20, 2020.