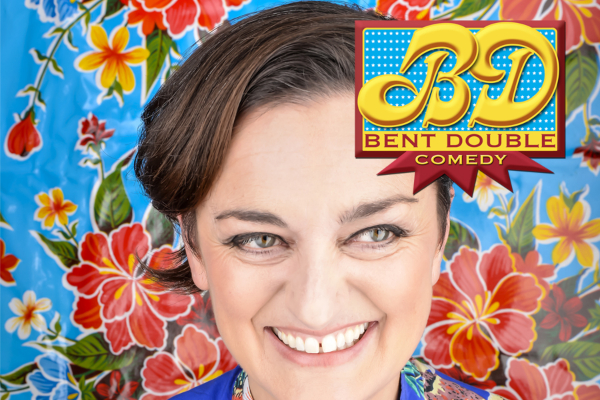 Zoe Lyons has a great rapport with the audience and her likability is definitely an asset. Maybe she was having a bad evening but her material wasn’t great. There was some observational comedy (sans comedy) about people who wear wolf fleeces. We heard the old joke about teachers who work so hard that every year they need six months off. She even talked about impending middle age and being drawn to elasticated trousers because they looked ‘comfy’. If I’d been at a dinner party and someone had be saying this kind of stuff I’d have heckled them for being startlingly unoriginal.

Rosie Jones has cerebral palsy and a lot of her act focuses on her disability. Her opening gag ‘You can tell from by voice I have a disability. I’m Northern’ is a serviceable joke. In fact most of her act is, on a line-by-line basis, perfectly well written. I just didn’t find it particularly funny.

My plus-one left at this point citing tiredness. I explained that if I wasn’t contractually obliged to stay to the end I’d have considered joining him. I’m glad I didn’t as Heidi Regan was just great. She’s one of those performers who, after about 30 seconds, you realise here’s someone with a genuine wit, delivery and presence. Her confession that usually she starts her set with some ‘upsettingly graphic burlesque’ set the tone for something bit off-kilter. Her act is slightly surreal with a lovely diversion into the advice she’d give her younger self about love and life. Except her younger self  ruins an emotional speech by being annoyingly intent on alerting the authorities to the upcoming problems the world seems to be facing.

Andrew Doyle, scourge of the woke, is perhaps most famous for creating ‘radical intersectionalist poet’ Titania McGrath. He also writes for Spiked (if you’ve a spare day it’s an interesting rabbit hole). Bravely his set included a scathing attack on middle-class Guardian readers who still want to remain and have an inherent distrust of anyone who voted Brexit. Which might have been 95% of the audience. He has some great material which got the audience on board. I particularly liked his take on the latest hair-trigger offence hoo-hah involving the Tourette’s Society protesting what was basically a pun on the word ‘florets’. I’d like to write what he said but not sure I’d like to spend the next month apologising for it.

Bent Double is something of a gay Brighton institution. I think Zoe needs to work on her material, or perhaps even consider handing over the MC baton. Like any comedy night it was a hit-and-miss affair but I’d certainly say I’m glad it’s still going.