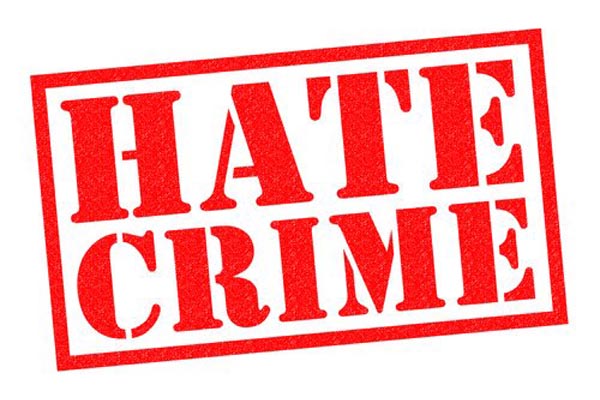 REPORTED hate crimes against gay, lesbian, bisexual and transgender LGBT+ people in England and Wales have risen by 28 percent, according to figures released this week in the Crown Prosecution’s Hate Crime Annual Report.

Nearly 13,300 crimes were record by the police in the year ending March, 2018. Research by Stonewall, the equality campaign group, shows four in five incidents went unreported, with younger people particularly reluctant to go to the police.

Laura Russell, policy head at Stonewall says: “While some may suggest this rise is due to increased confidence in reporting, we fear these represent the tip of the iceberg in hate crimes against LGBT+ people.”

The crime figures were released as the Government prepares to undertake a review of hate crime legislation, which will look at, how to make it more effective and, whether it should encompass new categories such as misogyny.

In a statement Home Secretary Sajid Javid said: “Hate crime goes directly against the long-standing British values of unity, tolerance and mutual respect – and I am committed to stamping this sickening behaviour out.”

Figures released by the CPS show courts were passing harsher sentences on hate crimes with prosecutors in such cases able to ask for and getting, an increased punishment to reflect the aggravating circumstances.

Sentences were boosted in about 64 percent of convictions involving anti-LGBT+ hate crime between April 2017 and March 2018, up from nearly half of cases in the preceding year, according to the CPS’s annual Hate Crime Report.

These rises could reflect improvements in police recording of such offences and greater reporting of incidents, rather than a genuine increase.

However, CPS data showed referrals by police remained low with only 1,564 cases passed to prosecutors in the same time period.

The 28% rise in Hate Crime comes at the same time as the Labour administration on Brighton and Hove City Council, can’t find £300 in their core budget to ensure that the volunteer led, Brighton and Hove LGBT Community Safety Forum continue holding four quarterly public meetings a year, to hold police and council to account for the growing problem of Hate Crime in the city.