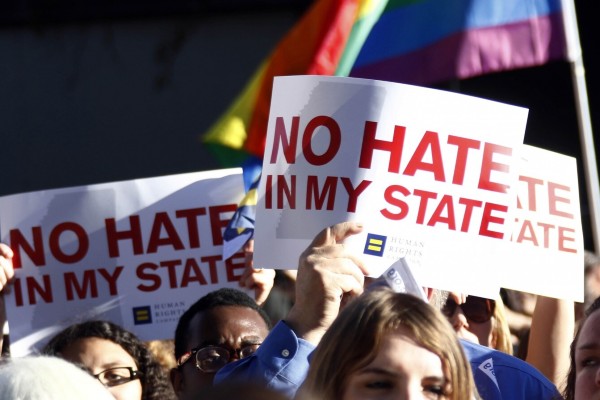 A new report from the Global Project Against Hate and Extremism (GPAHE) has found that the controversial Alliance Defending Freedom has been pushing an “anti-LGBTQ+, anti-women, and anti-abortion agenda in Eastern Europe” by building relations with far-right groups and political leaders across the world. The American-based hate group describes itself as a “conservative Christian nonprofit advocacy group”, and is supposedly contributing to a rollback on human rights in many Eastern European countries.

According to the report, which explores the strategies the group uses to further it’s agenda, the ADF has now obtained “consultative status” at the United Nations Human Rights Council as well as official status at EU, despite its anti-LGBTQ+ values. The Polish Ministry of Justice also lists it as an NGO that is “supportive of human rights”, as the group continues to involve itself in European legal battles that relate to LGBTQ+ equality and women’s rights. It is currently litigating a handful of international cases in countries such as Finland, Germany, Russia, India, Pakistan, Ireland, Slovenia, Belgium, Chile, Colombia, Turkey and the UK.

Wendy Via, the co-founder of the GPAHE, described the ADF’s international work as a “poisonous American export”, adding: “Powered and funded in large part from the US, it employs strategies that have worked to roll back human rights in the US to do the same in Eastern European countries. It’s willing to play the long game, and its end game – to end reproductive freedom and LGBTQ+ equality – will cause greater harm if it is not stopped.”