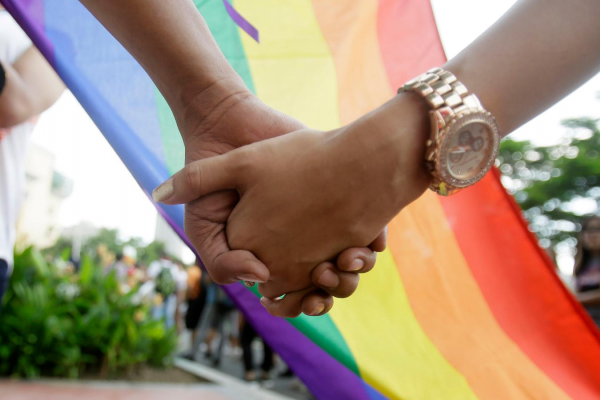 A newly released YouGov poll assessing attitudes towards the LGBTQ+ community across 8 countries has found the majority of British respondents would be supportive if a close family member came out as gay, lesbian or bisexual, with Spain being the only country that ranked higher than England in this category. The report stated that overall, one in fourteen people living in the UK identify as LGBTQ+, while a further 31% are close to someone who does.

Despite widely positive attitudes towards LGB people, fewer said they would be supportive if a family member came out as trans or non-binary, with 12% saying that they would not accept a gender non-conforming relative. Once again, Spain ranked higher than the UK in this category, with 87% of respondents saying they would accept trans and/or non-binary family members.

France showed the most negative attitudes towards the LGBTQ+ community, as only 57% said they would support a lesbian, gay or bisexual family member. Furthermore, under half of respondents (47%) said that they would support a gender non-conforming relative. Other countries included in the survey were: Italy, Denmark, Sweden, Germany and the US, with American respondents being the second most likely to not accept an LGBTQ+ family member.