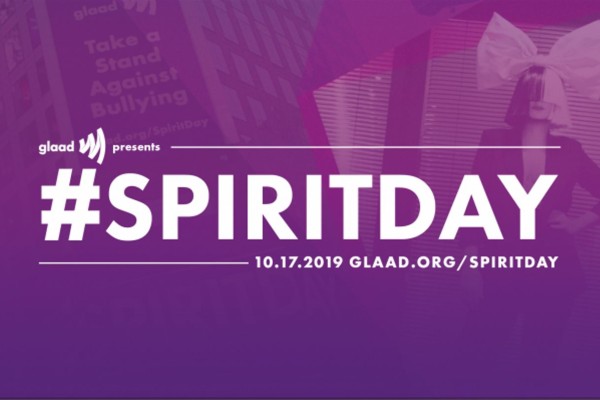 Thursday 15 October saw thousands of social media users and numerous famous figures promote and demonstrate their support for Spirit Day 2020; an international LGBTQ+ awareness day with the aim of tackling bullying and harassment. 2020 marks the 10th annual Spirit Day after it was created by Canadian teen Brittany McMillian in 2010 as a response to the high number of LGBTQ+ student suicides that year, including the death of Tyler Clementi whose suicide made international headlines. The day is promoted by LGBTQ+ organisation GLAAD who encourage people and companies to ‘go purple’ to demonstrate their solidarity with young queer people and discourage discrimination.

According to GLAAD, over 70% of LGBTQ+ students have experienced harassment, and over half did not report bullying because they doubted they would receive help, so it encourages as many as possible to take a ‘united stand’ against bullying. Many took to Twitter to express their thoughts on the day, including a handful of celebrities and public figures.

Democrat vice president candidate Kamala Harris wrote words of support for LGBTQ+ youth, tweeting: “know that you deserve to be accepted and loved just as you are”.

Openly gay Star Trek actor Wilson Cruz wished his followers a happy Spirit Day and wrote: “We LOVE you. We SEE you and you’re PERFECT, just as you were made.”

Hilary Clinton tweeted that she ‘stands with’ the LGBTQ+ community on Spirit Day but also all year round.

American singer and actor Reba McEntire encouraged her followers to ‘go purple’ with her to discourage bullying and promote LGBTQ+ acceptance.

Celine Dion, the best-selling Canadian recording artist in history, posted a photo of herself and her children and wrote: “I encourage all of you to join us and take a stand against anti-LGBTQ+ bullying.”

Queer actor Clea DuVall, known for her roles in The Faculty and Girl, Interrupted, wrote: “To LGBTQ+ youth, I know how lonely and scary each day can be, but know this: You are not alone. We see you and we stand with you.”