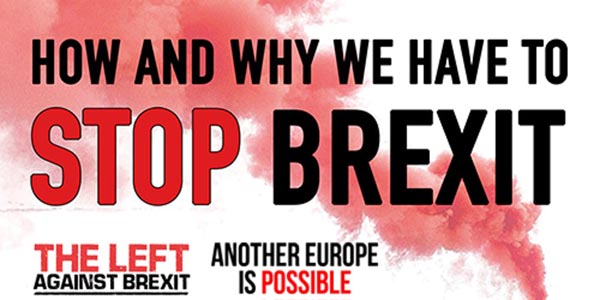 More than 100,000 people are expected to march through London today calling for a People’s Vote on the final Brexit deal, in the city’s biggest demonstration for 10 years.

PEOPLE will be coming from all over the UK to attend the march transported by one hundred and fifty coaches some of whom have been sponsored by among others by Years & Years front man Olly Alexander and football manager Alan Pardew.

Young people who were excluded from the original referendum vote in June 2016 will be featured at the front of the march.

Celebrity speakers at the rally in Parliament Square including Steve Coogan, Delia Smith and Deborah Meaden will be joined by the Mayor of London, Sadiq Khan.

Before the march which starts from Park Lane at midday there will be an LGBT+ Rally at the Bomber Memorial in Green Park at 11am. Speakers will include the present and former MPs for Hove and Portslade Peter Kyle MP and Ivor Caplin who will both be highlighting the lack of protection for hard fought for LGBT+rights in the event of Brexit.