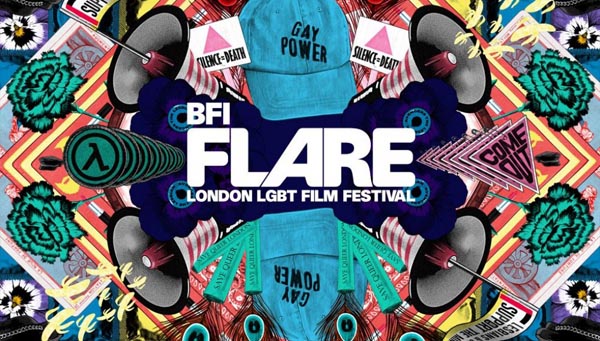 The Industry Programme also included events Anatomy of an Episode: The Assassination of Gianni Versace: American Crime Story, with writer/executive producer Tom Rob Smith joining the BFI to dissect the show’s acclaimed fourth episode House by the Lake, and Casting a Wide Net, a panel on casting LGBT+ films and characters in partnership with Spotlight.

Michael Blyth, Senior BFI Flare programmer, said: “Supporting and nurturing UK talent is so important to us at BFI Flare. We opened the Festival with the powerful My Days of Mercy, from British screenwriter Joe Barton, and closed with the sexy and stylish Postcards From London. We also hosted the World Premiere of UK filmmaker Jason Barker’s A Deal with The Universe as our Centrepiece Presentation. This commitment to supporting UK voices continued through our annual mentorship programme, now in its fourth year, in which we welcomed 6 emerging UK filmmaking voices into the Flare family.”

Highlights of BFI Flare in 2018 included the Opening Night UK Premiere of My Days of Mercy. Powered by stirring performances from Ellen Page (Juno, Inception, Freeheld) and Kate Mara (House of Cards, The Martian), Shalom-Ezer’s follow-up to Princess is a poignant love story between two women from vastly different backgrounds and opposing political views.

The Festival’s Closing Gala was the European Premiere of Steve McLean’s stylish and sexy Postcards from London. The film tells the story of beautiful teenager Jim (Harris Dickinson, BEACH RATS) who, having travelled from the suburbs, finds himself in Soho where he falls in with a gang of unusual high-class male escorts The Raconteurs. Set in a vibrant, neon-lit, imaginary vision of Soho, this morality tale manages to be both a beautifully shot homage to the spirit of Derek Jarman and a celebration of the homo-erotic in Baroque art.

For the fourth time BFI Flare and the British Council made five LGBT+ short films available to audiences across the world as part of the ground-breaking #FiveFilms4Freedom  LGBTQ+  digital campaign.

BFI Flare teamed up with UK government’s GREAT campaign and the British Council to celebrate #FiveFilms4Freedom with a spectacular projection on the Tower of London with filmmakers from four of the films in attendance. The collaboration was also marked with a high-profile reception at the Houses of Parliament with BFI Flare filmmakers and industry in attendance. To date the five films have been viewed over 2.5 million times across 12 days, in 146 countries.

The centrepiece screening of the festival was the World Premiere of UK feature documentary, A Deal with the Universe, the debut from former BFI Flare programmer Jason Barker, which tells the inspiring tale of a very different kind of pregnancy.

Special Event was Rise: QTIPOC Representation and Visibility in Film – a special one-day series of talks and workshops, this examined the importance of inclusion and the stories of queer people of colour, both on and off the screen.