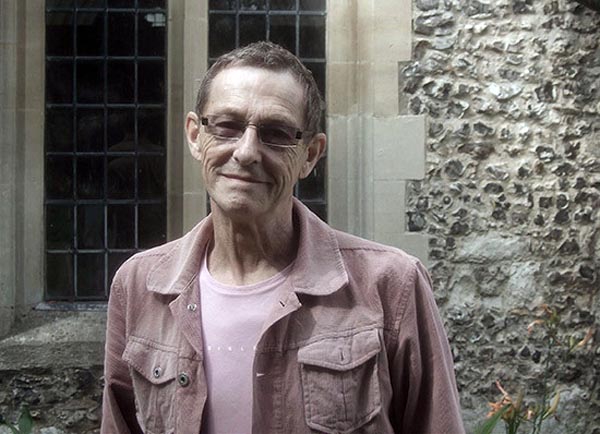 HIV/AIDS Activist Simon Watney is the guest speaker at the eighth edition of Brighton’s LGBTQ+ History Club this Sunday, June 25.

Simon Watney has a long-established reputation in the field of HIV/AIDS as a writer, founder of numerous charities and not-for-profit companies, educator and service provider.

From 1985 to 89, he was the founding chair of the Terrence Higgins Trusts Health Education Group, where he oversaw the development of the trusts pioneering HIV-prevention campaigns.

From 1988 to 95 he wrote a respected monthly column on HIV/AIDS issues in Gay Times; in 1990 he was a co-founder of the activist group OutRage.

His principal publications on HIV/AIDS are Policing Desire: Pornography, AIDS and the Media, Practices of Freedom: Selected Writings on HIV/AIDS, and Imagine Hope: AIDS and Gay Identity.

Simon was awarded the 2001 Pink Paper Annual Lifetime Achievement Award, London, for his long campaigning for lesbian and gay rights and the rights of those affected by HIV and AIDS. Openly HIV-positive, he was a trustee of the charity Crusaid from 2007 to 2010, with a particular interest in questions of AIDS and poverty in the UK. He is also a widely published art historian and was a senior lecturer in art history at the University of Westminster.

The history club is open to all (18+), but please consider making a donation if you’re able to help them support future sessions.

Where: Brighton Museau and Art Gallery