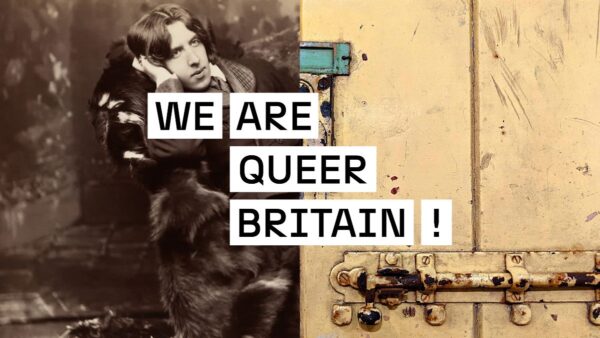 We Are Queer Britain is a riot of objects, voices, art and images, from Oscar Wilde‘s cell door, on loan from the National Justice Museum, through to Imaan‘s rainbow hijabs and the Switchboard Logbooks.

Queer Britain says: “It tells stories about how we found each other, made change and how we’ve lived and marks 50 years since the UK’s first Pride March.”

To become a member of Queer Britain, CLICK HERE