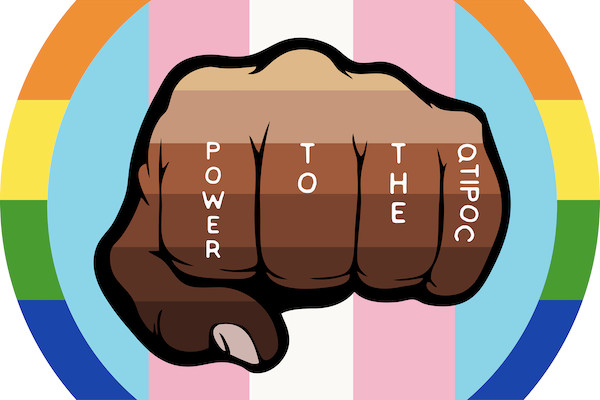 QTIPoC Narratives Collective, with the support of transgender support and social group The Clare Project, will be holding a FREE two-part Community Advocacy Training webinar, held by and for QTIPoC (queer, trans, intersex people of colour) on Saturday, September 4 and Sunday, September 5. Places limited so fill in this questionnaire to reserve your place.

In the last three years QTIPoC Narratives’ organisers have found that the community are continually being let down in many areas such as:

QTIPoC Narratives would like to invite you to join a two-part webinar session (you do not have to do both, though it’s ideal) on learning to be a better advocate for yourselves and each other. QTIPoC Narratives hope that the skills gained in these training sessions will help to advocate for each other and build a community team that can support in navigating some of the barriers we all meet.

The sessions will be led by incredibly experienced QTIPoC advocates that QTIPoC Narratives highly recommend:

There are a limited number of spaces, so take some time to answer the questionnaire HERE to reserve your space! QTIPoC Narratives hoping to hold more sessions for QTIPoC and non-QTIPoC so if you are a grass-roots group interested in the training, email qtipocnarratives@gmail.com