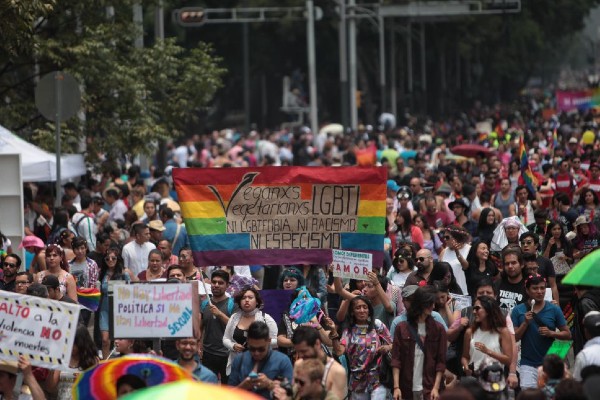 Puebla is the 20th Mexican state to legalise marriage equality after the Honourable Congress of the State of Puebla voted 31 to 5 to decriminalise same-sex unions. On Tuesday November 3, congress members confirmed over a Zoom session, which was livestreamed to around 20,000 on Facebook, that the state would be enforcing marriage equality legislation after the bill is signed by governor Miguel Barbosa.

According to Mexican news outlet, The Yucatan Times, the vote was ‘surprising’ as the area, home to 1.5 million, is strongly Catholic and has shown ‘historic resistance’ to LGBTQ+ rights. After Puebla legalises marriage equality, there will be 11 states left in Mexico where same-sex marriage is still criminalised. The first jurisdiction to introduce marriage equality laws was Mexico City in 2010, making it the first zone in all of South America to allow same-sex marriage.

As of yet, Costa Rica is the only country in the continent to extend full equality to LGBTQ+ couples at the national level, with LGBTQ+ activists in Mexico hoping their country will follow. Despite Puebla’s progression towards marriage equality, the LGBTQ+ community still faces widespread discrimination in Mexico and the country is considered the second deadliest in the world for trans people. An anonymous trans woman living in the country said she was ‘terrified’ to go out, adding “we don’t know what to do anymore because there are so many hate crimes against the trans population.”