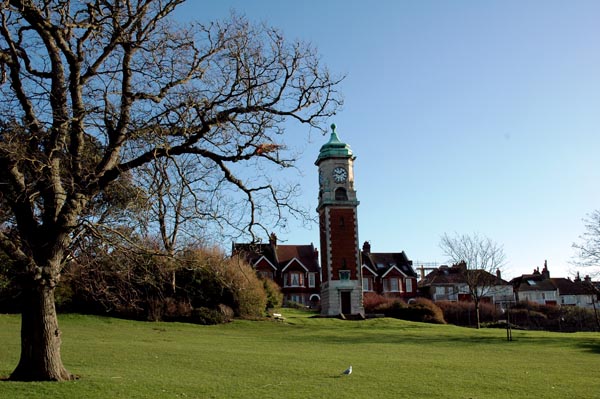 A new report about the Queens Park area of Brighton should help protect its historic features.

QUEEN’S Park is one of the city’s 34 conservation areas and a new ‘character statement’ identifies buildings and spaces of special architectural or historic interest.

The Queen’s Park Conservation Area covers just over 18 and a half hectares and is centred around the Grade 2 listed Queen’s Park.

It has a number of ‘landmark’ buildings, including the clock tower, the remains of the Royal Spa, St Luke’s Primary School and swimming pool and the ‘Pepperpot’ a former public toilet built in 1830 as an observatory and to house a steam engine which pumped water for a nearby villa.

Late Victorian and Edwardian villas with features from the ‘Arts & Crafts’ era are a prominent feature of the Queen’s Park area.

Councillors at the Council’s  Tourism, Development and Culture Committee meet in Hove Town Hall on September 27 to decide whether to extend the conservation area to include the Edwardian terrace of  2-27 Freshfield Place and Queens Park Primary School.

The Queen’s Park Conservation Area is on Historic England’s Heritage At Risk register because over time alterations to properties have led to the loss of historic features and materials.

Councillors will be asked if the council should consult residents and businesses on introducing planning restrictions to protect remaining features. Under the restrictions, known as an Article 4 direction, property owners would have to apply for planning permission when making alterations to features such as windows, doors, roof materials and boundary walls at the front of properties.

In a recent review of the conservation area most of those who took part were in favour of both extending it and introducing restrictions.

Councillor Julie Cattell, lead member for planning, said: “We’d like to thank all those who took part in the review and shared their knowledge of the area’s special features which has been added in to the character statement. Conservation area character statements provide important guidance for planning to help protect and manage historic areas.

“During the review there was general support for introducing planning restrictions on street frontages, but there would be consultation before any decision is made.”