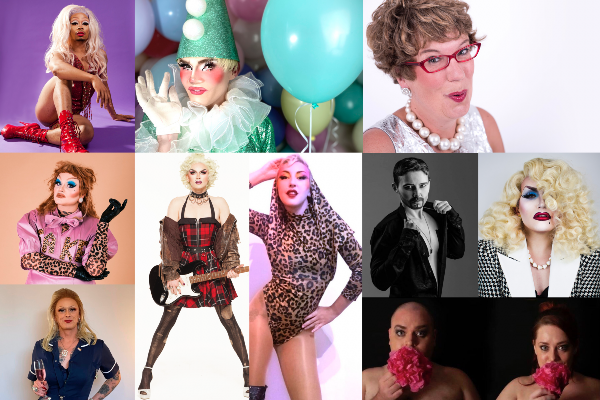 Starting tonight (Saturday 31st July) with the Gala Opening night and all over the next month Brighton Pride is serving up  a season of cabaret, comedy and live music , celebrating LGBTQ+ culture and diversity, and based at the new venue The Ironworks in Cheapside, Brighton.

The venue boasts performance space, tv studios, and meeting rooms and is next to Pride’s offices.

12 August: Madeleine MacMahon stars in Alto-Holic – comedy, songs and stories showing the highs and lows of her alto vocal range.

15 August: Miss Hope Springs continues her Brighton appearances this year with another chance to see “ I’ve Been Around” , her creator Ty Jeffries’  dark and comic look at the  jaded cabaret star’s disastrous life in Berlin, Paris and Dungeness.

Paul Kemp, director of Brighton Pride told Scene: “ we were hugely grateful to the Culture Recovery Fund Grants Programme that allowed us to continue our planning for in-person Pride events this year and to develop a fuller year-round diverse culture programme”.

Part of the proceeds of ticket sales will go to the Rainbow Fund to distribute to local Queer  charities and community groups . The season is sponsored by Tesco.

Look out for my second preview of the remaining season. Meanwhile go to brightonpride.org for ticket details