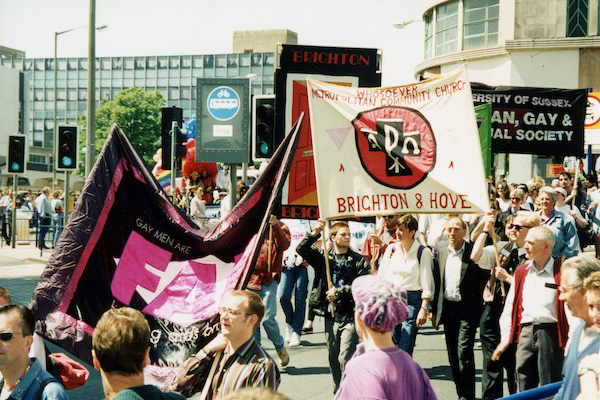 With the annual Brighton & Hove Pride march cancelled for a second year due to the pandemic, Queer Heritage South let us raid its archives to bring you a look back at Brighton & Hove’s long history of campaigning.

The very first Gay Pride march was held in Brighton in 1973, and since then queer activists have been visibly protesting against all manner of injustices, from the South East Gay Students’ protest in London in 1979 to the Section 28 march 1988/89, to the Pride marches and celebrations of the ’90s and the displaying of the Hankie Quilt.

Enjoy our glimpse of the past and here’s hoping that next year brings the return of our Prides.