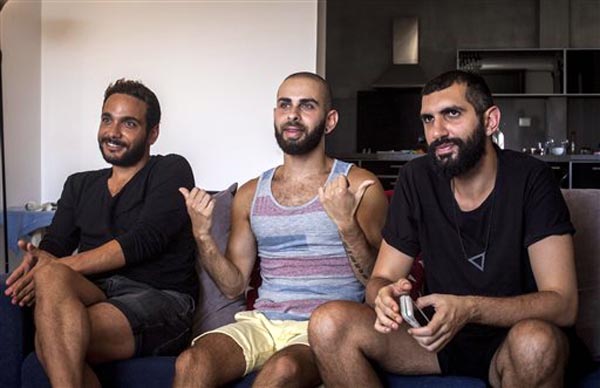 Oriented follows the lives of three Palestinian friends exploring their national and sexual identity in Tel-Aviv during the Israel-Gaza conflict of 2014. Determined to make a change, these three best friends form a non-violent, cultural resistance group making viral content for gender and national equality.

In a series of cultural events leading up to Pride Festival, London’s eclectic Ham Yard Hotel will host a special screening and a panel discussion talking about the LGBT experiences of cultural minorities.

On the panel, Oriented director Jake Witzenfeld will be joined by actor Khader Abu Seif and film producer Hanan Kattan. The discussion will be chaired by LGBT campaigner Aritha Wickramasinghe.

Aritha, said: “I’m delighted that Oriented is playing its part in this year’s Pride Festival to help tackle issues of identity, culture and religion among LGBT cultural minorities.

“Oriented is essentially a film about people’s identity, about not fitting in on several different levels. More importantly, this film is also about people searching and being able to find their own direction. This is an important message for many LGBT people in London trying to make sense of who they are and how they fit in.”

Director at Pride in London, Mohsin Zaidi, added: “One’s identity is a complex matter, made more so when two innate parts of it find themselves at odds with each other. There are too many young people who don’t feel comfortable with the way they were born because of the way they were raised. Pride in London is delighted to be hosting this debate and hope that it fuels continued engagement by the LGBT+ community and beyond with this subject matter.”

Event: Film screening of Oriented – A discussion panel and a drinks reception will follow.