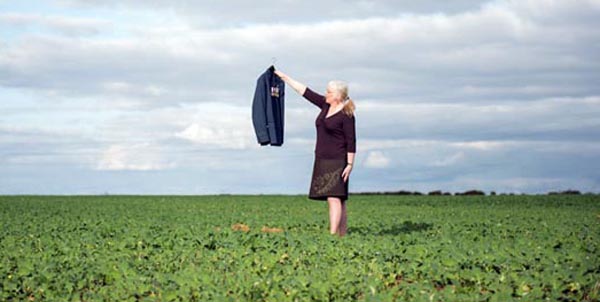 The Museum of Liverpool is to host Dry Your Eyes Princess, an exhibition of photographs by award-winning photographer Stephen King.

The exhibition has been created in collaboration Dr Emma Vickers, Senior Lecturer in History, at Liverpool John Moores University, and exhibited in partnership with Homotopia the arts and social justice organisation that draws on the LGBT experience to unite and regenerate communities through the production, promotion and commissioning of great art, heritage and culture for everyone.

Award-winning photographer Stephen King lives in Liverpool. In 1998 he co-founded Document magazine where he was Senior Photographer and Photography Editor for 10 years. His personal practice is based upon social documentary, portraiture and communities, with a focus on identity and place. His projects have explored dementia, military veterans, community activists, workplace and masculinity. He lectures in photography on Merseyside as well as undertaking commercial commissions and developing personal projects. He has exhibited widely across the UK.

King has created 12 large-scale portraits featuring trans* military veterans from Liverpool and other parts of the country in settings that examine the link between gender identity and their experience of military service.

The title is an ironic re-appropriation of the derogatory command to toughen up, that is to ‘dry your eyes princess’, heard by many of the exhibition’s participants whilst serving in the British Armed Forces.

Those who were photographed participated in research conducted by Dr Vickers which examined their experiences of life before, during and after service. It is the first research in Europe to focus on trans* veterans and likewise, King’s response is the first to look at trans* experiences of military service through visual art.

Dr Emma Vickers said: “Trans* personnel in the UK were dismissed in significant numbers before 1999, and because of the limited understandings of trans* identities, officials tended to confuse gender identity with sexual identity. Many of the people I interviewed joined the Armed Forces as a form of therapy in the hope that the hyper-masculinity of the forces would rid them of the discomfort they felt with their gender identity.”

Stephen King added: “The settings and themes in each photograph drew on my own conversations with each subject as well as their oral testimonies used in Dr Vickers’ research. Having their true identity denied for so long, it was crucial to the success of each image that the collaboration represented each person faithfully and with integrity.”

Jen McCarthy, Deputy Director of the Museum of Liverpool, said: “Dry Your Eyes Princess deals with issues that understandably are challenging for those who come to realise they are trans*. Opening just a few weeks after Trans* Day of Remembrance which commemorates the lives of those who have died as a direct result of their trans* identity, through suicide or violence, the Museum of Liverpool is thrilled to host the exhibition. I hope Dry Your Eyes Princess encourages a dialogue with our visitors, tolerance and understanding.”