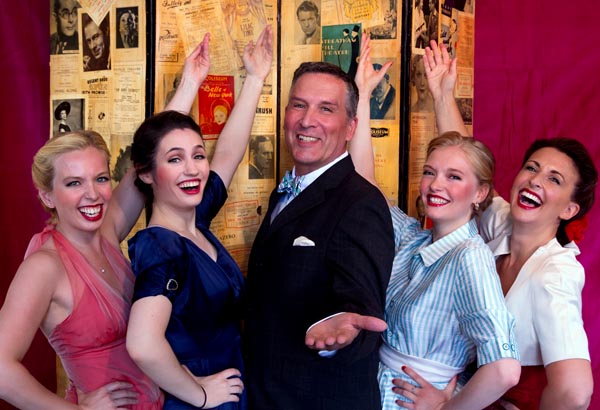 UK stage premiere of Noel Coward’s Me and the Girls opens in Eastbourne on Tuesday, September 17.

DEVONSHIRE Park Theatre hosts the stage premiere of Sir Noël Coward’s hilarious and evocative musical comedy of the last days of vaudeville, Me and The Girls from September 17 – 21.

George Banks has been touring Europe since the end of World War Two – always with his troupe of girls. It’s the 1960s now, and he’s running out of steam. But in his mind, he’s still up there with the best – George Banks and His Bombshells! George thinks back on his life with ‘the girls’, the dance troupe of which he was the manager and single male performer.

With hits from the classic Coward songbook such as Mad about the Boy, Sail Away, If Love Were All and Bad Times Just Around the Corner.

Based on Coward’s original short story, Me and the Girls was aired as a TV movie in 1985. This new stage adaption is by Richard Stirling, best-selling author of Julie Andrews: An Intimate Biography, and directed and choreographed by Stewart Nicholls, one of the most prolific musical and pantomime directors in the UK.

Don’t miss the chance to see this open, honest, very candid story from the inspired pen of Sir Noël Coward.

Event: Noël Coward’s Me And The Girls