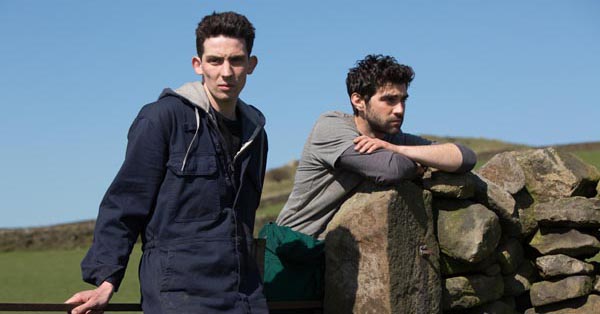 The Pride in Hull Film Festival in partnership with Hull Independent Cinema will screen a special preview of the critically acclaimed God’s Own Country, which is due to be released in cinemas on September 1.

The screening, courtesy of Picturehouse Entertainment, marks the first time the film will be shown to audiences in Yorkshire and will take place at 7.30pm on Friday, July 28 at Vue Cinema, and sees the film screened to Hull audiences more than a month before it goes on general release.

The Yorkshire-based film had its UK premiere at the Edinburgh International Film Festival this year, where it won the Michael Powell Award for Best British Feature Film.

Damien Greco, Head of programming at Hull Independent Cinema, said: “God’s Own Country is a film that is already gaining fantastic critical acclaim, being billed as a Pennines set Brokeback Mountain, having recently won a variety of awards across Europe. We’re extremely proud that we have been able to secure its early screening in Hull.

“Given the film’s location, it felt very natural that it should have a prestigious place in the Pride in Hull Film Festival in the UK City of Culture this summer. Bringing a Yorkshire-set and produced film to a Yorkshire audience well in advance of its cinema release date is a great example of the hard work Hull Independent Cinema does to give Hull’s film-lovers the very best of independent cinema.”

The film is a British drama set in rural Yorkshire that tells the story of Johnny Saxby, a young man working to sustain his family’s farm, who numbs his lonely existence with a drinking habit and casual affairs. But when a handsome Romanian migrant worker arrives to take up temporary work on the family farm, Johnny suddenly finds himself having to deal with emotions he has never felt before. As they begin working closely together during lambing season, an intense relationship starts to form which could change Johnny’s life forever.

God’s Own Country is an award-winning debut feature from writer and director, Francis Lee. It has received outstanding critical praise since its world premiere at the Sundance Film Festival in January, and was the only British film in the world drama category. It also won the World Cinema Directing Award: Dramatic, and recently won the award for Best International First Feature at the Galway Film Fleadh.

Martin Green, Director of Hull UK City of Culture 2017, said: “I am absolutely delighted that this preview screening is taking place in Hull as part of our LGBT 50 programme, it seems only fitting that the first public audiences that get to see it should be here, in Yorkshire. I’m sure the film’s emotional story will make it one of many highlights of the Pride in Hull Film Festival and I can’t wait to see it.”

The festival forms part of Hull UK City of Culture 2017’s LGBT50 programme, a celebration of LGBT+ culture across the arts to mark the 50th anniversary of the partial decriminalisation of homosexuality in the UK.

Event: Screening of God’s Own Country