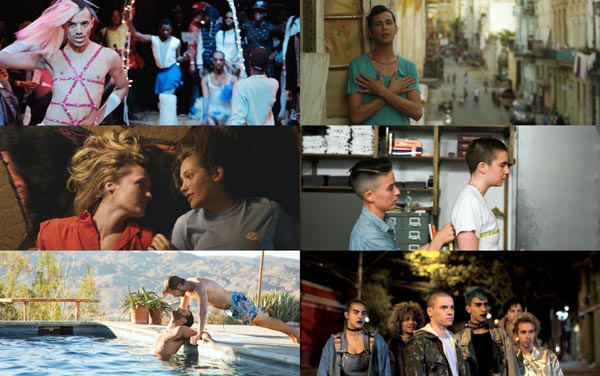 With over 40 events across six days, London’s queer film and arts festival, Fringe!, returns for its sixth year with screenings, talks, panels, workshops, performance and parties, taking place over nine venues in East London from November 15-20.

This year’s international festival programme will host nine UK premieres including 18 features and over 70 shorts, bringing a packed programme of the most thought-provoking and cutting-edge new work from across the globe to London.

Queer Family is the main theme of this year’s festival with a large part of the programme looking at the families we make for ourselves and those we are born into.

Voguing will takes centre stage illuminating the continued interest in this popular artform through films, panels and workshops.

The festival will also pay tribute to one of the year’s major tragedies, June’s fatal attack on an Orlando LGBT nightclub, by shining a light on gay rights, bullying and homophobia around the world from Chile to China and the US to Italy.

The volunteer-run festival continues to host a large number of free and affordable screenings and events.

This year’s Fringe! hosts screenings and events at familiar festival venues including Rio Cinema, the Barbican, Genesis Cinema, Dalston Superstore and The Glory.

Fringe! has also announce a new venue hub partnership with Hackney Showroom which will host films and events as well as Free Word Centre, Juju’s and swish new screening venue and bar The Institute of Light in London Fields.

Alex Karotsch, festival director, said: “We are very thrilled to bring Fringe! back for its 6th consecutive year with another exciting programme of film, performance, discussion and lots of queer fun drawing attention to the highly rich and creative queer landscape we have access to today.

“This year’s festival features a strong queer family theme looking at both the families we were born into and the families we adopt. Other highlights consist of our focus on voguing featuring two of this year’s festival circuit hits, a tribute to June’s atrocious shooting in Orlando with a number of films broaching the subjects of homophobia and bullying, and a number of exciting UK premieres while staying committed to offering a wide range of free screenings and events to our audience.”