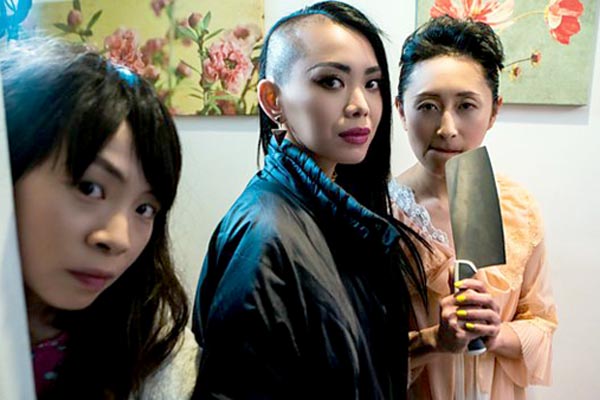 New BBC Three sitcom smashes all Chinese stereotypes with a round-house kick, bursting open the door to the messy yet hilarious realities of the western world, with an eastern twist.

The programme follows the escapades of three ‘normal’ Chinese girls: Elizabeth the failed Chinese daughter, Jackie the feisty struggling actress, and Fufu the Buddhist princess, fresh off the plane and set to negotiate the trials of modern life in the capital.

The pilot episode sees Elizabeth’s crazy-rich friend Fufu visiting London for the first time – but there’s a problem: Elizabeth has lied about her job to her friends and family back home. She deals with the situation as she always does – by telling more lies and getting drunk.

Meanwhile, Jackie has a big casting for the role of a lifetime – and it’s not the usual ‘Chinese prostitute, DVD seller or takeaway girl’. This is the worst time to be babysitting a kooky new arrival.

They lead the cast alongside Yuyu Rau and a guest performance from Felicity Montagu (Alan Partridge).

The Producer is Alex Smith (Trollied, Adolf the Artist); Executive Producer, Ash Atalla (The Office, People Just Do Nothing) and the Director is Chris Cottam (Carter’s Get Rich, Sunny D).

Chinese Burn is a Roughcut production for BBC Three and is available on BBC iPlayer on Monday, November 27 from 10am on BBC THREE.