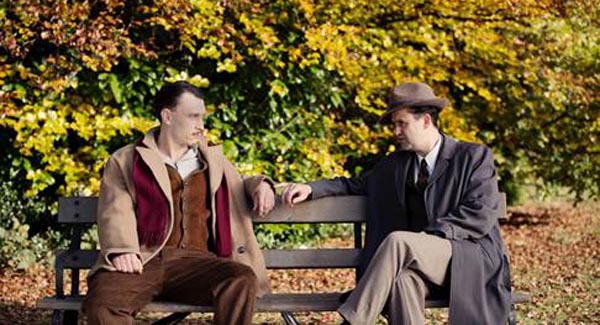 The British Film Institute (BFI) Flare, the UK’s longest running LGBT film event, will celebrate its 31st edition with the world premiere of Against the Law, a “powerful and timely” factual BBC drama, at the BFI Southbank, London on Thursday, March 16.

Directed by Fergus O’Brien, and starring Daniel Mays, Mark Gatiss, Richard Gadd and Charlie Creed-Miles, Against the Law is a  biopic based on Peter Wildeblood’s bestseller, which tells the story of his affair with a handsome serviceman and the devastating consequences of their relationship. The film will be shown on BBC Two later this year.

Fergus O’Brien, the Director, said: “Making this film for the BBC not only allowed us to tell a powerful and important story in the evolution of LGBT+ rights in this country but also to capture for posterity the voices of some of the men who lived through these dark days in gay history.

Their story and the story of Peter Wildeblood are timely reminders of the difficult journey it took to arrive at the rights enjoyed by gay people today and why it’s so important that we safeguard them. I’m delighted and honoured that the film will be the Opening Night of BFI Flare”.

To view the full programme of BFI Flare: London LGBT Film Festival, which will run from Thursday, March 16–Sunday, March 26, will be announced on Thursday, February 15, click here: