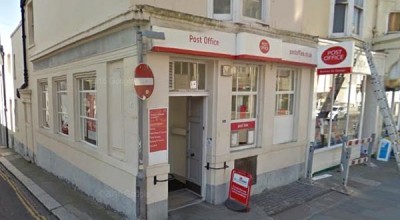 Despite a petition signed by a total of 7,400 residents opposing the move, the Post Office have announced it will be moving ahead with plans to merge Western Road Crown Post Office in Hove with the branch in Melville Road, Hove.

In a statement, The Post Office say, the closure is necessary; “to achieve commercial sustainability” for Crown Post Offices nationwide.  Although recognising the needs of elderly and disabled customers, the Post Office says: “there will always be some customers who are more inconvenienced than others”, and suggests residents can walk, use bus services, or park outside the Melville Road branch.

Furious Green Councillors have denounced the announcement, suggesting it was a predetermined outcome which demeaned the whole process of consultation.

Councillor Ollie Sykes, who set up a petition on 38 degrees signed by over 2000 people, said: “This is a thoughtless and callous cut that makes no attempt to meet residents’ and businesses’ concerns and doesn’t seriously consider the effect on neighbouring post offices. The effect will be to run down the entire local network further.

“I’m shocked that the Post Office has not responded more positively to the huge weight of public opinion or considered any alternative provision. The response to the consultation has felt like a foregone conclusion, despite the massive impacts on local residents and nearby small businesses who will lose a lot of trade.”

Green Convenor, Councillor Phelim Mac Cafferty, who also supported the campaign, expressed his dismay at the proposals, saying: “This is massively disappointing news for the community. The campaign to save the Post Office received incredible support from residents – including two public meetings and thousands of signatures on petitions. Residents will now be rightly angry that the needs of our community are being routinely ignored by a Post Office that is riding roughshod over public opinion.

“The closure of the Post Office is a deeply unpopular move and we fear it will actually have a major negative impact on our neighbourhood. Residents and local businesses will no longer have access to a key high street service.

“It begs the question: what was the point of the consultation process? The Post Office has shown a lack of business savvy by completely overlooking the opportunity to work with residents to provide a more commercially sustainable service in the current location. We are now talking to residents to plan our next move.”

Peter Kyle the Labour MP for Hove and Portslade, added: “I’m so angry that the Post Office refused to accept genuine offers from within our community to solve the challenges the branch faced together. They knew there were problems two years ago but only recently broke the news to us. I simply don’t feel this consultation was carried out in good faith and my trust in them has been damaged.”

The merger of the two Post Offices is due to go ahead early in 2016.